Controversial penalty shout at the Aura 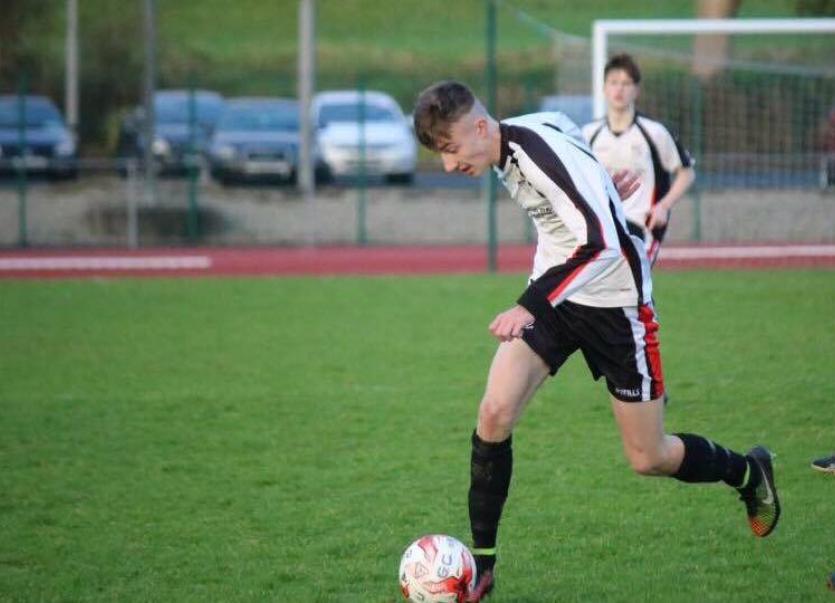 Ruairi Dennehy among the goals for Letterkenny Rovers on Saturday.

Letterkenny Rovers defeated league champions Fanad Utd for the second time in cup competitions this season when they won their John Gorey Curran cup quarter-final at the Aura on Saturday.

There was very little to report in an uneventful first half which although high on endeavour was limited in the terms of chances.

There were efforts from Jamie McKinney and Darren McElwaine for Fanad which went over while Rovers were also forced to feed on half chances through a Brandon Manues left footed effort just wide while James Tourish also saw a free kick drift the wrong side of the post.

The second half was a far more livelier affair and it was Anthony Gorman's charges who came closest on 53 minutes when Zach Gorman shot just wide and Shane Doherty hit the post with a header from a Manues delivery.

Fanad though began to impose themselves and Michael Devine saw his header go just over form a John Heraghty cross on 61 minutes while the impressive Paul Bradley sent an incisive pass through to Ronan Gallagher and he forced home custodian Eoghan Jordan into a fine stop on 63 minutes.

Both sides then traded half chances and it had all the hallmarks that extra time could be required before the crucial lead goal and pivotal moment arrived with 15 minutes to go.

There seemed to be no danger when the ball was fed through to Manues in the area but he was adjudged to have been taken down from behind by James Kerr and referee Marty McGarrigle pointed to the spot much to the strong protestations from the Fanad Utd bench.

Rovers ensured they took full advantage when Gorman scored his second penalty in successive games on his return from injury when tucking home neatly.past Dane Dunworth in the visiting goal.
Rovers were in ecstasy just three minutes later when they doubled their advantage when Ruairi Dennehy stabbed home a Gorman corner from close range after his initial header was cleared.

Fanad though tried hard to get back into the game and had a number of chances through lively sub Gerard McAteer, Sean Little and McElwaine but could not breach Eoghan Jordan's goal.

Both sides are back in action in the Colin Breslin Cup next week with Fanad travelling to Milford while Rovers host Drumbar.