Harps post first win of season to move off bottom

Patience is said to be a virtue and round Ballybofey it had to be before Finn Harps won their first league game of the campaign at the 12th attempt with a solitary Kevin McHugh goal enough to defeat Athlone Town.

When rooted to the bottom of the Airtricity League Division One, any sort of charity is well received and Athlone’s Niall Scullion and Michael Schlingermann contrived to give McHugh the easiest goal he will ever score to give Harps the points.

Twenty minutes into Thursday night’s game the midlanders’ right-back Scullion and goalkeeper Schlingermann got their lines of communication all wrong from Paddy McLaughlin’s routine delivery. Scullion headed the ball blindly to where he presumably anticipated where Schlingermann would be, while the goalkeeper charged to the pitch of the ball and McHugh couldn’t believe his luck faced with an open goal from three yards out.

Harps’ poor form has meant crowds are not what they might have been all season but the decision to play a full series on Thursday - as to avoid a clash with the Wales v Northern Ireland Carling Cup fixture in Dublin on Friday night - was a strange one. Whatever the justification for that train of thought, there was barely 300 at Finn Park, although the cynics amoung them noted that figure would probably be more than was expected to attend the Aviva.

Inside as little as six minutes McHugh passed up a decent opportunity when Scullion failed to cut out an optimistic ball forward from McLaughlin, which left McHugh in the clear. But the Harps skipper opted for the early shot from 20 yards and his effort curled over the crossbar.

After the gift-wrapped opener, Harps continued to dominate and Packie Mailey’s header from Marc Bolly’s corner flew wide as Tommy Bonner and Garbhan Friel also drew saves from the Athlone number one. Substitute Ronan Stack then diverted a shot from Mailey away as the half drew to a close.

Manager Peter Hutton and director of football Felix Healy would’ve been content with the first half showing and Harps played the ball around well with Mark Forker and Aaron McAlwee particularly impressive. However, with eight straight defeats going into the game, confidence was understandably fragile and there were a few restless moments after the interval.

Athlone, who offered nothing in the first half with Alex Gardiner isolated up front, restructured after the interval and Tommy Barrett was pushed forwards for a more orthodox 4-4-2 formation and he brought the first save of the evening from Ciaran Gallagher on 54 minutes.

Then, two minutes later Paul Danagher should’ve levelled matters when he missed a header from inside the six-yard box following a corner from Kevin Williamson. Another corner from the Athlone skipper saw Gallagher fortunate to escape with a flap as the balance of power seemed to be shifting. Eoin Monaghan then trailed a shot just wide of the Harps’ upright. and Danagher then saw a header land on the roof of the net following as the hosts began to get overrun in midfield.

Referee Dave McKeon then waved his head after what appeared to be a clearcut penalty award when McHugh was bundled over by Darren Young and although Athlone did threaten more and more, Harps workrate was commendable and they laterally created a few opportunities themselves. Friel was within inches of a drilled Forker delivery and McHugh uncharacteristically missed a one-on-one when set away by substitute Ciaran Coll and Bonner should’ve made it two when Forker was against the architect. In the end, though, the scantly populated home support were more than happy with the single goal and the long-awaited first win. 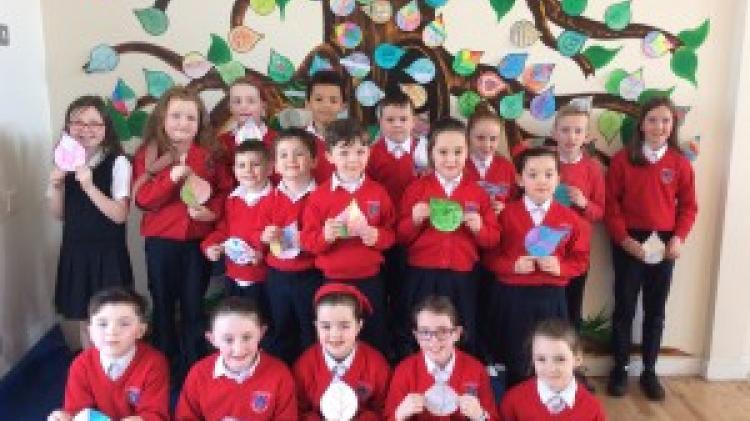 Pupils at Woodland NS at their Strengths Tree

Top of the class: National award for Letterkenny school