Asokuh and Funston are on board for 2020 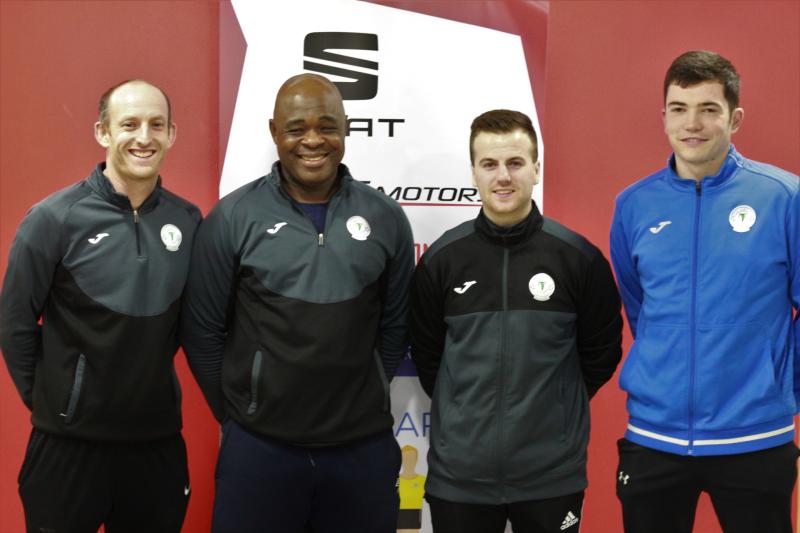 Popular former player Eloka Asokuh is the new Finn Harps U17 Head Coach and he will be assisted by Michael Funston, another big hit with the fans who gave unstinting service to the club,

Shernan McCay and Chris O Donnell are also on board as coach and goalkeeper coach respectively, the club has confirmed.

Asokuh became an instant favourite when he joined Harps back in 2003 from Nigerian club Rangers International, especially as he had an U17 World Cup Winners medal with his native Nigeria.

Luka remained a regular at Finn Park and helped out in various roles down the years before his current appointment.

Michael Funston played an incredible 335 games for Harps, making him one of the top ten players of all time in terms of appearances for the club, and he scored 35 goals in that time.

Finn Harps head of Academy Kevin McHugh is happy to have all four aboard.

He said: “We have seen a lot of change within our underage setup past few months and it takes time to get coaches in place that tick all the boxes we require within our setup.  It’s OK having qualifications, but it ultimately comes down to the person behind the badges and it’s brilliant to have ex-players in Luka and Mickey get involved along with 2 young up and coming coaches Shernan Mc Cay and Chris O Donnell, which is a credit to them and great for Finn Harps FC in the long run. “

“Luka and Mickey are great football men and after giving so much to Finn Harps Football Club on the pitch, both are very keen to help the next batch of players make that step up to the senior football. It’s so important to me personally that coaches coming in buy into what we are doing, have a genuine passion for the club and most importantly want to better the players and themselves as coaches.”