The '500 Club' will give us a chance, without it we have none - Horgan 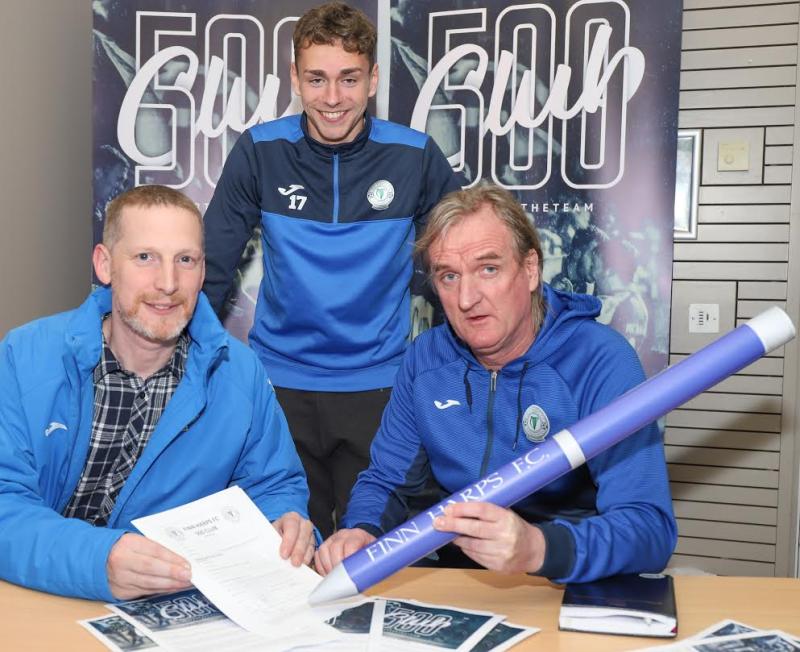 The response from the Donegal public – and the diaspora abroad – to a major fundraising effort for Finn Harps will have a massive impact on the club's ability to compete at the top level of Irish football this season.

That was the blunt yet honest message from the club this week as it announced details of its revamped “500 Club”.

Harps lack the commercial backing that many other clubs enjoy, and are more dependent on local fundraising ventures and gate receipts than almost all their rivals. Indeed, all the indications are that the second lowest spending Premier Division club in 2020 will probably have around twice the budget of Harps.

And with manager Ollie Horgan needing a bigger budget as he attempts to assemble a squad in a bid to try and survive in the Premier Division, the '500 Club' is seen as a vital way of raising additional income.

At a press conference in the Radisson Blu Hotel, Letterkenny, to announce details, Horgan summed it up starkly.

Horgan has called on the public to “Be part of the team” and join the club’s revamped '500 Club', the success of which will be key to ongoing recruitment and preparation for the much anticipated 2020 Premier Division campaign.

“This is an amazing fundraiser and we need everyone out there who wants to see us kick on in this Division to support it if they can. Getting enough fans to sign up for this will directly affect our ability to attract and retain the kind of players this club needs to compete in the Premier Division that is an absolute certainty,” he said.

Fundraising Officer Trevor Gordon said “This fundraiser has long been one of the core sources of income and stability for Finn Harps FC, and now we see it as the ideal vehicle to allow our supporters to back Ollie Horgan and give the North West public a team they can really look forward to watching at Finn Park this season. Ollie and Paul have been working non stop since the play-off victory and are gradually rebuilding a squad which already looks like it has real potential. We are a fan owned club. We belong to the people of Donegal and the Northwest, we have no major investor covering the bills or the shortfall at the end of a season. If the fans want to see success and want us to kick on this year, we need people not only join up, but to spread the word and help promote 500 club so we can continue to defy the odds and consolidate in the Premier Division. We are a totally voluntary organisation, which through terrific dedication has punched above its weight and this initiative is the ideal way everyone can come on board and be a part of it.”

On occasions in the past there were up to 300 members, but it dropped in more recent times to a much lower figure.

Full terms and conditions and details on how to enter are available at www.finnharps.ie/500club