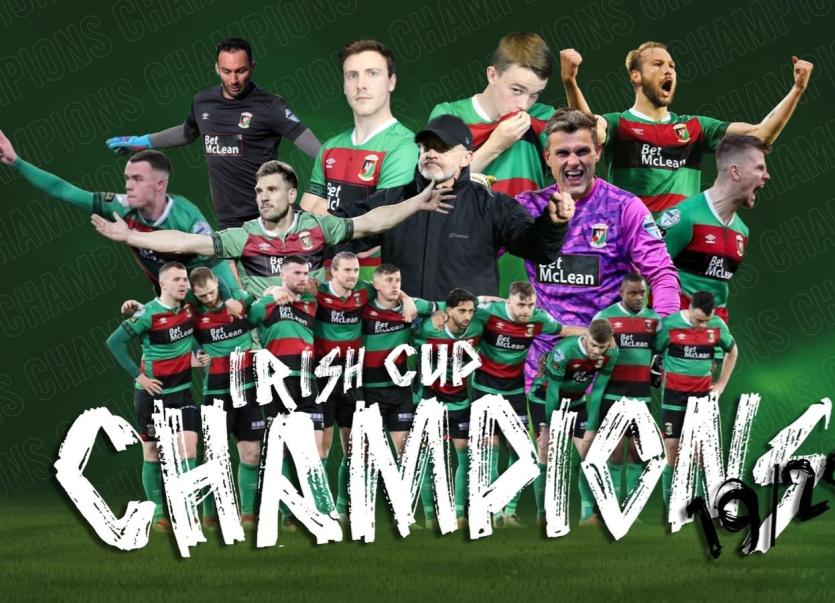 Glentoran are the IFA Cup winners

A former Finn Harps captain is celebrating tonight after he helped his side to win the Irish Cup Final at Windsor Park in Belfast.

Keith Cowan was on the Glentoran side that defeated Ballymena United 2-1 after extra-time.

The 90 minutes had finished 1-1, with Glentoran securing an extra-time winner to get their hands on the prestigious cup.

Derry native Patrick McClean was named man of the match.

Tonight's game was the first in the UK in which fans were allowed back into stadiums.

Each club was allocated 250 tickets for the match.

Cowan moved to the Belfast side last November, having enjoyed a long career with Harps.