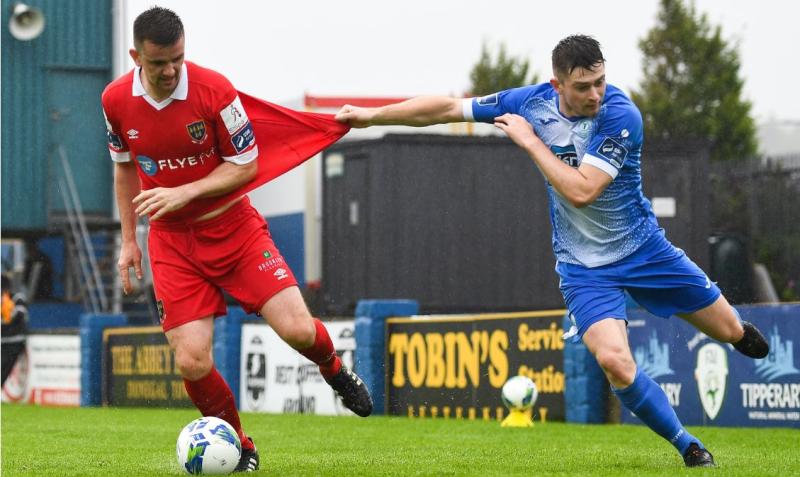 Derry City target Karl O’Sullivan has turned down a move to the Brandywell to stay on at Finn Harps this season.

The 21-year-old met with City boss Declan Devine last weekend, and it seemed that a move to the Brandywell was on the cards, but he has opted to stay on at Finn Park.

But his decision to put pen to paper for Harps again is a major boost for the Donegal club - and a blow for the Candystripes.

Speaking after the signing, the Kerry man told Finn Harps' website that he was keen to repay the faith shown in him by the management team and help the club kick on.

“I enjoyed my time with Harps last season, there were a great bunch of players with a lot of togetherness in the group. I suppose a lot of us felt we probably underachieved last year with the team we had so hopefully we can manage to kick on again next year.

“Ollie and Paul took a chance on me last year and gave me an opportunity to play in the Premier Division again so I owe them a lot. Overall, the players, staff and everyone at the club make you feel very welcome and I'm looking forward to pushing on again this year.”

Ollie Horgan said: “Karl is a good lad with a lot of talent. He was unlucky with a couple of knocks last year that kept him out of a few games especially towards the end of the season. Hopefully now he can get a good preseason under him and that will set him up well for the year ahead. We’re delighted he’s decided to re-sign with the club.”

Having made a strong start to the 2020 season, scoring the winning goal in the season opener at home to Sligo, O’Sullivan ran into some bad luck on the injury front when play resumed in August.

“There were certainly a lot of ups and downs throughout the year,"  O'Sullivan said. "I was a bit unlucky at times with injuries across the season but still managed to play a lot of games and get on the scoresheet a few times. From coming in at the start of last year, I think I've matured a lot as a player and that's all down to Ollie, Heggsy and the players at the club,"

"I had never played as a forward before, even at underage level and so it was a big change for me. I was always more of a winger or a midfielder. I enjoyed it though, it was a nice change but I'll play anywhere to be honest. You have to be able to adapt in this game, especially at senior level.”