Recalls for Grant and McLaughlin 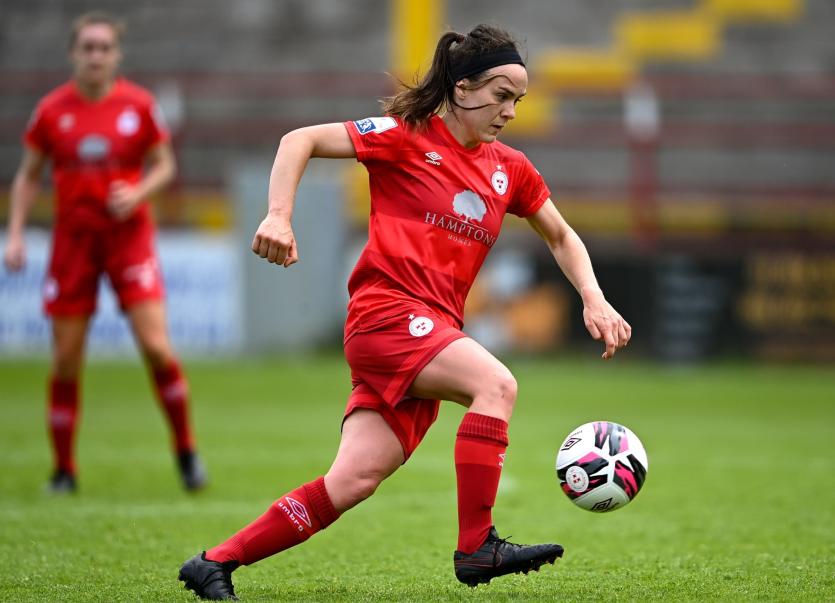 Three Donegal players are in the Republic of Ireland women’s national team squad for a friendly double-header away to Iceland this week.

The duo have amassed 15 and five senior caps respectively.

Grant has stood out for Shelbourne since resuming her SSE Airtricity Women’s National League career last year after spending time to focus on becoming a doctor. The Donegal native filled in as team doctor with Ireland in March 2020.

Milford’s Amber Barrett, who plays with German side FC Koln, is also in the squad.

However, there is still no place in the squad for talented 19-year-old St. Johnston player, Tyler Toland.
Pauw has stated that the necessary phone call confirming her availability still hadn’t been forthcoming.

And she wasn’t in the Glasgow City team that beat Rangers 2-0 on Sunday to become the Scottish Building Society SWPL1 Champions for 2020-21.

Toland was an ever-present for Pauw’s predecessor Colin Bell.
Earlier this year there was some publicity on Toland’s absence from the squad with Pauw accusing Toland’s father Maurice of “harassment and intimidation”.

He has rejected this allegation, but the matter continues to rumble on.

Indeed, the Irish Times reported that Pauw had stuck by her position, suggesting the men’s team manager would not have been subjected to such an approach.

“Do you think Tyler’s father would have said this to Stephen Kenny?” she responded when asked at the squad announcement press conference.

“From my 30 years of experience, that would never happen. Women coaches in football have it harder than male coaches, let’s say it like that.

“We say that we need to have elephant skin.”

Pauw also said that she intended to “save” Toland’s career.

The friendlies are on Friday and then Monday week, June 14th, will be played in Laugardalsvollur, Reykjavik and kick off at 6pm, Irish time.