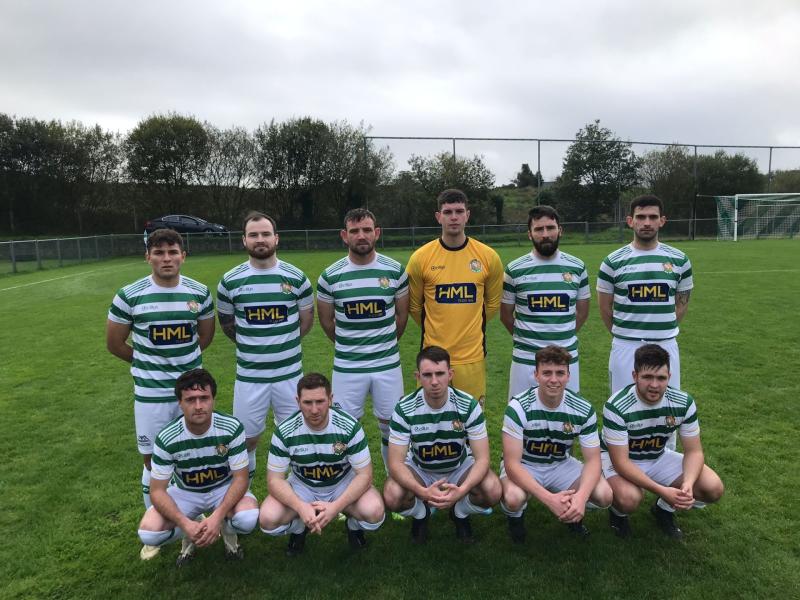 Cockhill Celtic before their win over Letterkenny Rovers.

Peter Doherty believes the Cockhill squad has never been stronger.

Cockhill have had something of a stop-start beginning to the USL season.

Doherty has been central to Cockhill’s domestic dominance and Gavin Cullen’s side are back with the fire burning as bright as ever.

“There is real hunger and desire,” Doherty told the Inish Times.

“The way we approach every game and every season keeps that hunger alive. Within the group, to a core, we’re all on the same mission.”

“We have serious strength. The competition to even get into the match day 18 is serious now. Players are left out who would normally be pushing for the starting 11.

“We have good men to come in all over now. You’re starting games strong, but you’re not making subs for the sake of it. Subs can make the team even stronger now. It’s a serious squad.”

Cockhill have recruited the likes of Jack Doherty, Corey McBride and Jamie Bell from Finn Harps’ Under-19s while Fionn McClure, who was on the books at Derry City, has also joined.

Doherty hardly classes as a ‘new comer’ at the Charlie O’Donnell Sports Grounds, but the defender is back after a pandemic-interrupted time at ‘Stute.

Doherty signed for ‘Stute in January 2020, but played only three games before lockdown hit.

He has come back to bolster the ranks at Cockhill, who are aiming to make inroads in a competition that has been a source of frustration in spite of their ownership of the USL silverware over the bulk of the last decade.

Doherty said: “It’s great to be back here and it would be brilliant to get a good cup run.

“The League is always the priority, but it would be unreal to get a good run in the Intermediate.

“We haven’t done as well as we would have liked, but we would love to give a good go this season.

“Cup football is great, but it’s wicked too. You’ve no second chances at it.

“We have a lot of quality and I think if we prepare right we can give it a rattle.

“We would like to have had more games lately, but we’re happy how it has gone so far.”

Jack Doherty and Ronan Doherty have niggles, but could yet feature while Laurence Toland is back in the reckoning after a recent injury.