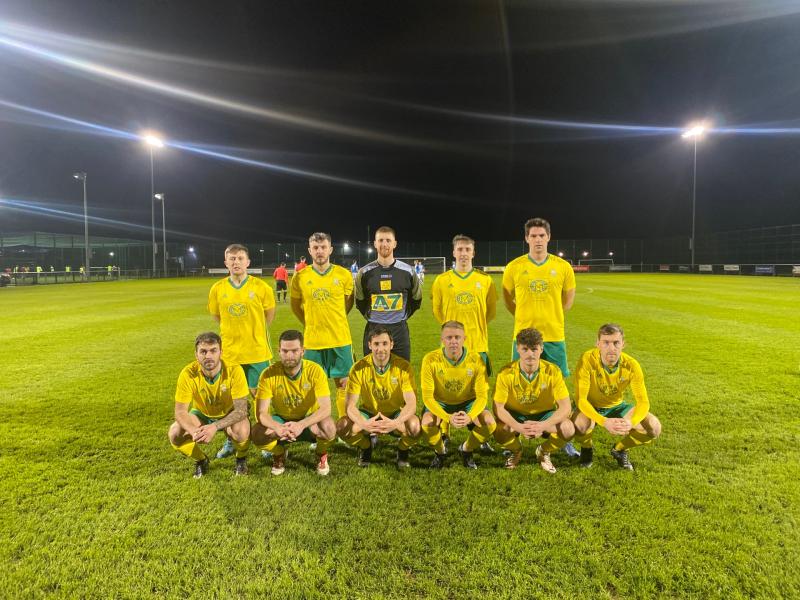 Micheál Doherty’s goal after only 95 seconds set Jason Gibson’s men up for a comfortable night.

It was anything but, mind you, in the conditions, the driving rain and biting chill making it a testing 90 minutes.

Doherty, Deano Larkin and former Harps stat Tony McNamee all scored in a superb first half for the hosts.

Barely two minutes in, Doherty opened the scoring with a delicious left-footed curler from outside the area that found the top shelf.

McNamee might have doubled the lead when fed by Jordan Armstrong, but Oisin Farrell’s one-handed save kept it out.

Larkin headed in number two after good works between McNamee and Jordan Armstrong on the left-hand side.

McNamee made it 3-0 when he tucked to the bottom corner from Larkin’s touch in the 36th minute.

In between times, McNamee was released by quick Shaun Patton kick-out, but Farrell denied the home attacker with his feet.

Larkin’s curler looked set for the top corner but it was headed away while McNamee shot into the side netting with another chance.

Jack Parke was denied by Farrell midway through the second half while an offside flag cancelled out a Jamie Lynagh cracker.

Late in the night, after Patton saved from Stephen Black, his sibling Conor slotted in a consolation.