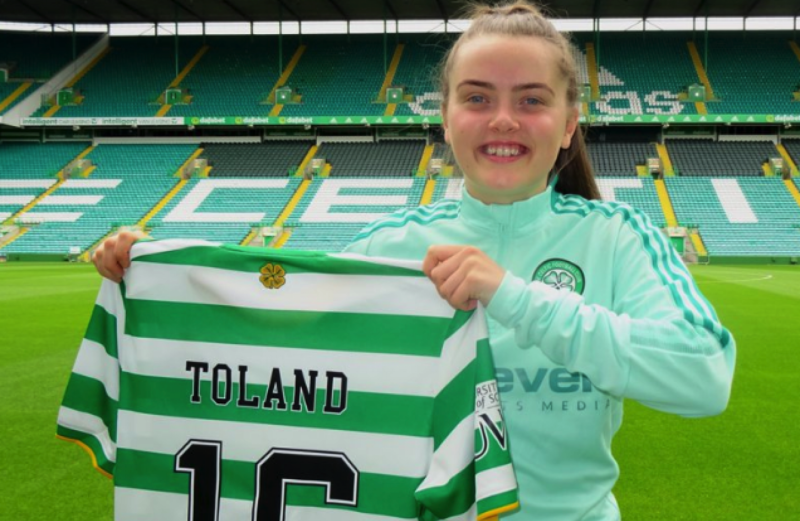 Tyler Toland came on as a late substitute as Celtic defeated Glasgow City in the SWPL Cup final.

Caitln Hayes scored the only goal of the game at Firhill as Celtic women won their first trophy since 2010.

In front of a record crowd of 3,645, Fran Alonso’s team took the silverware.

Hayes headed home Sarah Harkes’ free kick in the first half and while Celtic dominated they were unable to breach Lee Alexander a second time.

This summer, Toland donned the Hoops and she was an 87th minute substitute for Harkes.