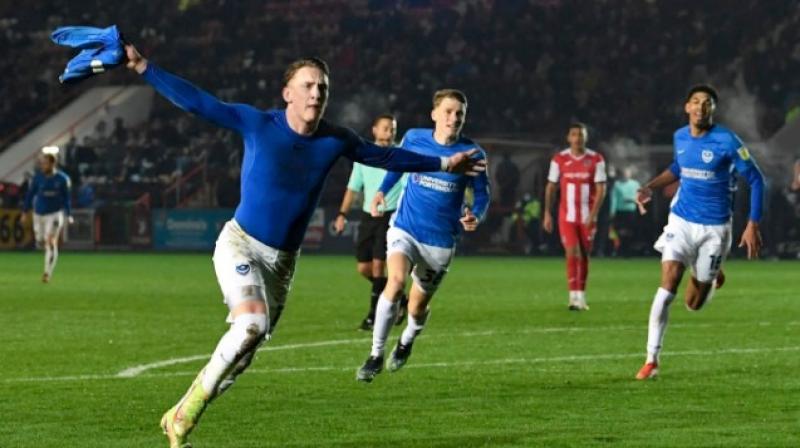 The St Johnston man came off the bench to fire Portsmouth to a 3-2 win at St James’s Park.

Since moving to Portsmouth from Derry City in 2018, Curtis has now scored 45 goals. Friday’s double took the 25-year-old attacker past Yakubu.

Curtis drew level with the Nigerian back in October when scoring against Accrington, but has finally broken a 17-year-old record.

“It’s a huge honour for me and my family and an amazing feeling,” Curtis said.

“I’ve been waiting a long time for it.

“There are some massive people on that list and I’m grateful to be up there with those quality names. It’s not bad company to be in.”

Portsmouth were trailing as Mat Jay and Archie Collins struck for the Grecians after George Hirst’s opener.

Portsmouth looked like they were heading for the exit, but Curtis popped up on 89 and again on 93 minutes to turn the tide.

The Republic of Ireland international said: “It’s always nice to help the lads get a win and it’s similar to the last time we played Exeter in this competition.

“We showed the right attitude and commitment to get through to the next round after conceding late on.

“We probably took our foot off the gas a bit in the second half. At the end of the day, though, all that matters is we got the win.

“It was a great ball in from Crackers and I was able to get on the end of it and then to get the winner in front of our fans was lovely.”

Portsmouth go to Cambridge in the next round of the competition on Tuesday night.

Curtis said: “The games are coming thick and fast, but that’s what you want after that long period without a match.”