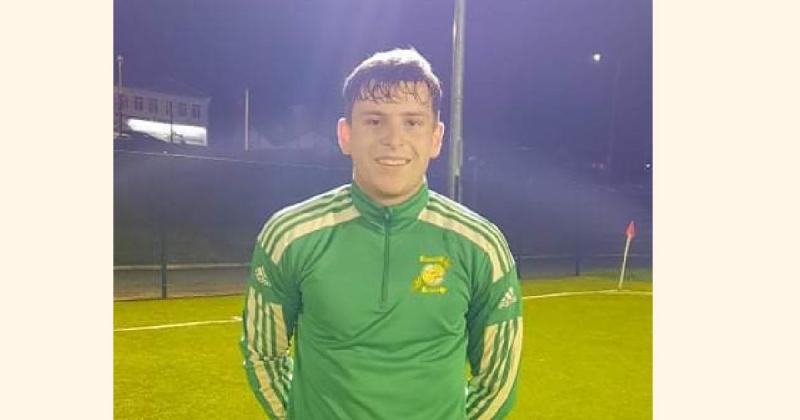 Ellison returns to his schoolboy club after spells at Finn Harps and Sligo Rovers.

The 20-year-old left-back was the SSE Airtricity Under-17 Player of the Year in 2018. That season, when he was the team captain, he scored the winning goal as Harps overcame Cork City in the Mark Farren Cup final.

A student at Maynooth University, Ellison spent the latter part of 2021 at Sligo Rovers, but is back at Dry Arch Park again.

“He played with us in the summer in a couple of cups and he was really impressive.

“We tried to get Daragh to sign with us at that stage, but he went to Sligo. We're happy to get him in now.

“Daragh is a born and bred Bonagee player from his schoolboy days, Bonagee always encourage players to go up and play at national level.

“Daragh done that and was successful in doing so. He’s back now to help us with what will be a busy schedule and I’ve no doubt that he’ll play a big part.”

Bonagee are back in USL action on Sunday when they travel to take on defending champions Cockhill Celtic.

Bonagee lead the way by four points having beaten Cockhill 4-0 pre-Christmas at Dry Arch Park. Cockhill, though, are well poised with Gavin Cullen’s men having two games in hand.

Gibson’s side have an FAI Intermediate Cup joust with Everton FC from Cork next month and are still in the North West of Ireland Intermediate Cup, USL League Cup and Knockalla Caravans Senior Cup.