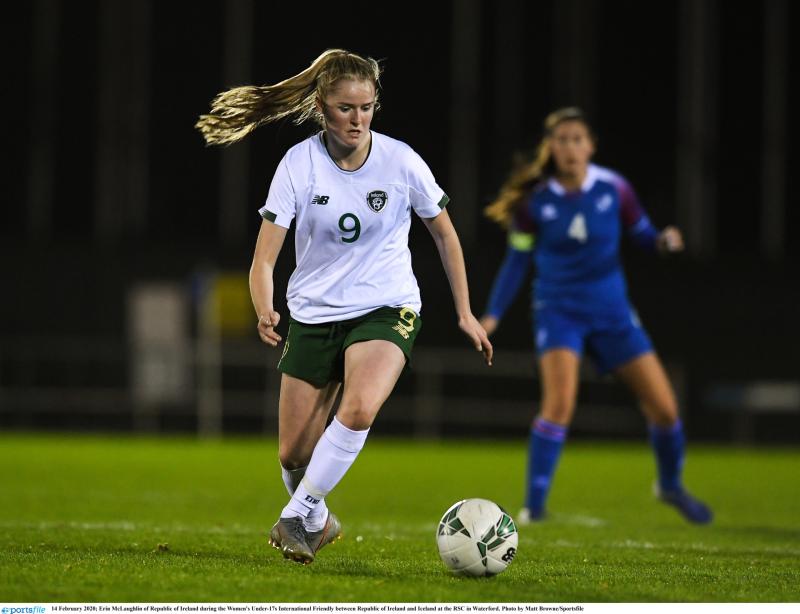 Erin McLaughlin, who has signed for Peamount United.

Peamount are three-times WNL campions and were pipped by a point by Shelbourne in a dramatic conclusion to the 2021 campaign.

McLaughlin has featured for the Republic of Ireland up to under-19 level and has been a regular feature in Irish squads of late.

The Inishowen woman had played for Culdaff in the 2018 North West Women’s Super League having grown through the ranks at Sea Rovers.

Irish international and Milford native Amber Barrett, now with FC Köln, is a former Peamount United player having lined out for the Greenogue residents from 2015-19.