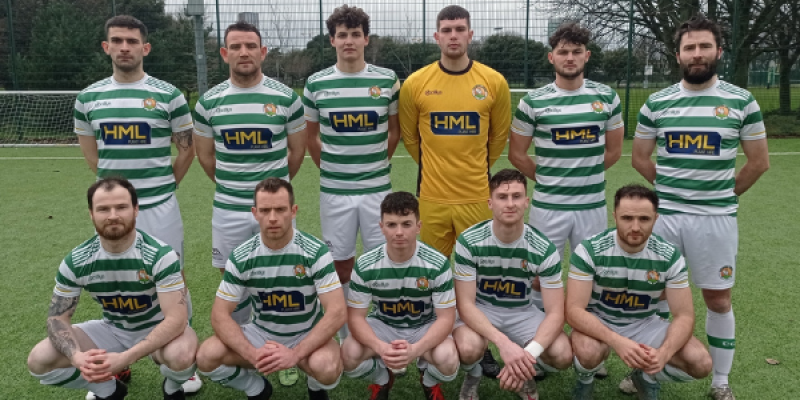 Cockhill Celtic can seal the USL title on Sunday.

Cockhill Celtic are on the cusp of an unprecedented ninth successive Ulster Senior League title.

Gavin Cullen’s men can seal the deal on Sunday with victory over Derry City Reserves at the Charlie O’Donnell Sports Ground (kick-off 2pm).

Cockhill have been the dominant force in the local intermediate scene since winning the crown in 2013.

Cullen, first as a goalkeeper and manager since taking over from Donal O’Brien in 2015, has been there all the way. So, too, have Oisin McColgan, Mark Moran and Jimmy Bradley.

“I don’t think it will be looked at for a few years what we’ve really done,” Cullen told the Inish Times.

“There was one stage there where we went four seasons unbeaten. We have only lost one League game this season. At the height, we’ve only lost about ten league games in all of that time. It’s phenomenal.

“You have to set standards. Players set their own standards and the management do too. Anyone who comes in and doesn’t follow that, they don’t last long. They have come in and bought into it well.”

The legendary Fanad United side of the 1990s won six on the trot before Finn Harps Reserves won the prize in 1999.

Cockhill have gone to new heights with their ownership of the silverware.

“Winning the League is the aim every season,” Cullen said.

“That’s the same for every team. There’s no doubt we want to win it. We set out to be the best team.

A 4-0 defeat at Bonagee United, their title rivals, at Dry Arch Park before Christmas was a bump in the road, but Cockhill won the corresponding home game 3-0.

Cullen believes that the secret to Cockhill’s success lays with the personnel.

He said: “We have good players and they come to us to achieve and to win. Some come to get a platform and others come after coming back from senior football to get going. As a group, we’re all here to try and achieve and be involved in the business end.

“This group is setting their own standards, but people might not realise what they’re doing. It’s a bit like that Fanad United team; they’re almost more revered now than they were when they were winning things.”

The season has felt somewhat stop-start for the defending champions in spite of their presence in cup competitions.

“It feels like it has been impossible to get momentum,” Cullen said. “We came back early, last June, because of our involvement in the FAI Cup and we’re still going. By the time we finish this season we’ll have played 29 competitive games.

“It has been tight this season. We went to Monaghan twice and won 1-0, we beat Harps 3-2 when we were 2-1 down in the last minute and we had a big battle with Derry to win 2-1 at Maginn Park.

“We have played Derry four times this season and each time they’ve had senior players on. They do that more against us than anyone.

“They have been excellent and their under-19s have some fantastic players. They’re always a test.

“We have to go and do a job on Sunday. There’s no point chatting about winning Leagues and then getting egg on your face. We need to be right and we need to go beat Derry City."