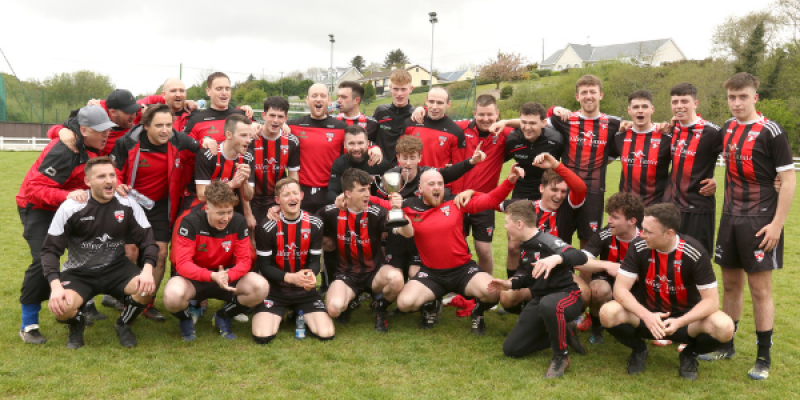 Declan O’Donnell had Fanad in front at half-time, but Ryan Cunningham’s penalty drew the Saints level.

A draw would have kept the race alive going into the final game of the season. It looked that way when Kevin Martin, the St Catherine's goalkeeper, saved Keelin McElwaine's penalty.

Bonagee widen gap at the top, but must wait on appeal

Bonagee United took a big step towards the Donegal League Premier Division title, but the points situation remains clouded in uncertainty due to a pending appeal

O’Reilly, however, had other ideas, and in late, late drama, he conjured up the goal that settled matters at the summit.

There was a modicum of consolation for St Catherine’s, though, with the share of the spoils ensuring that they will be promoted back into the Premier Division.

A 2-2 draw at Flagpole Park between Rathmullan Celtic and Ballybofey United means that St Catherine’s now cannot be caught in the race for promotion. Eoin Sheridan had Rathmullan in front, but they needed a Jay Curran equaliser after Damien Glackin’s brace had Ballybofey in front.