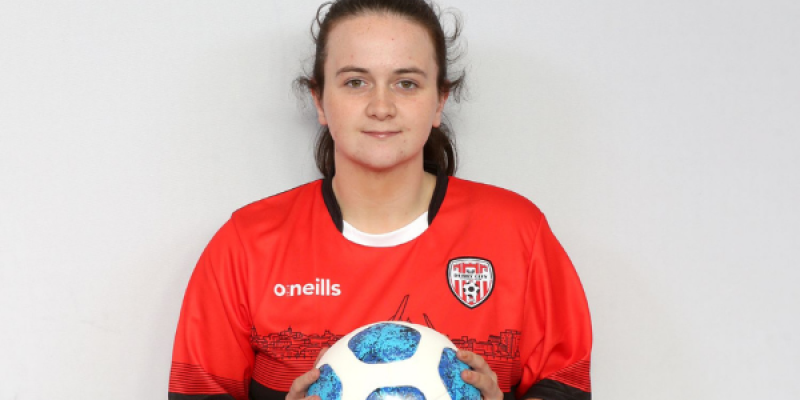 Clare Friel was the Derry City hero on Wednesday evening

Clare Friel saved a late penalty as Derry City women drew with Lisburn on Wednesday night at the Brandywell in the NI Women’s Premiership.

The Candystripes recently saw Kevin McLaughlin depart as manager on the eve of the new season.

The Foylesiders got their first point on the board thanks to Wednesday’s stalemate.

The Buncrana woman refereed Ireland's first officially sanctioned women's fight, involving Taylor, in 2001 and was instrumental in getting women's boxing off the ground

Fanad woman Friel moved to Derry in 2020 from Bonagee United, with whom she won the North West Women’s Super League in 2019.

Eimear Callaghan also started for Derry while Alison McGonagle and Eilish Havlin were used as substitutes.

Kerry Brown, who recently returned to Sion after a short stint at Derry, came off the bench for Sion.