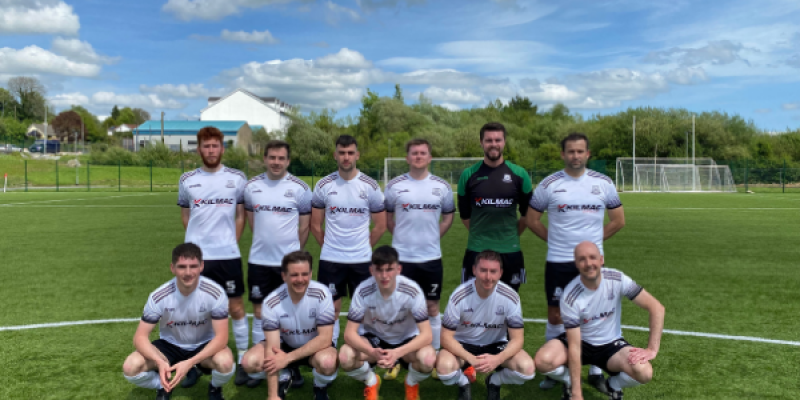 With a boardroom appeal, which has significant consequences for the standings, still to be heard by the Ulster FA, the exact lay of the land remains unclear.

Regardless, Kilmac’ had to win to stay in the hunt. Anything less and Bonagee United - who were at Letterkenny Community Centre in big numbers - would have been crowned champions.

As the finish line nears in the Premier Division title race, an appeals process, which is with the Ulster FA, remains unclear

It was deep into added time when Kilmac’ got a free kick on the left corner of the penalty box and Doherty curled home to the delight of the Lurgy men.

The goal came just when it seemed as if Kildrum debutant Jacob McDaid had the decisive say.

There were 20 minutes left on the clock when centre-back William Lynch delivered a searching ball into the final third. McDaid was in space and, with Shane Graham well off his line, the striker’s header flew home, cancelling out Caolan Kelly’s opener from the fifth minute. 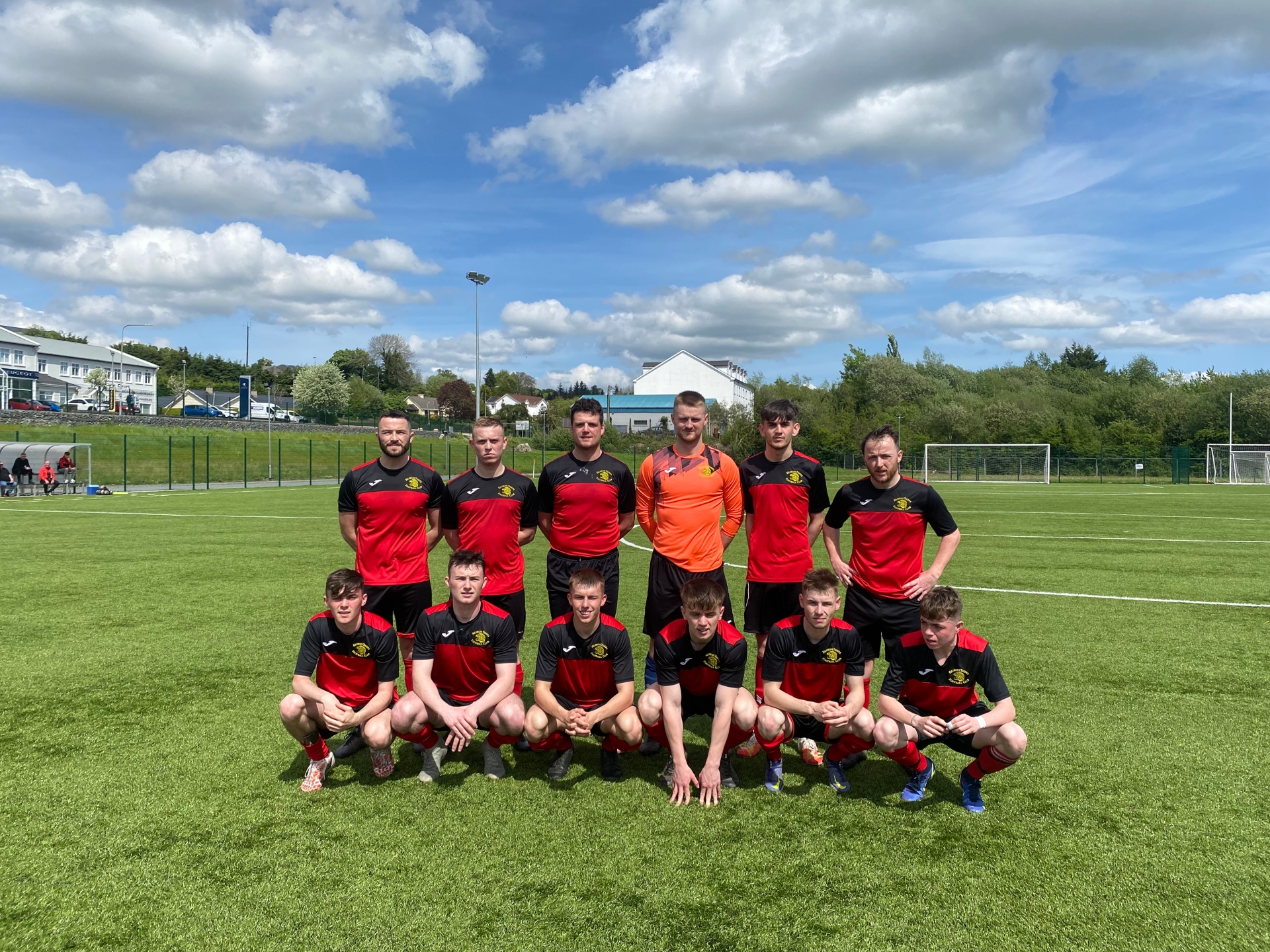 McDaid was a real outlet for what had appeared a makeshift Kildrum on paper and the teenager justified his selection.

Not long after the leveller, Lynch powered a free kick wide from 20 yards.

On 81 minutes, a sweeping volley from Kilmac’ player-manager Doherty clipped the top of the Tigers crossbar.

Kelly could have restored the lead, but headed wide from a Matthew McLaughlin free and the Glenswilly man flashed wide in added time, defender Jamie McKinney doing just enough to put him off.

Kildrum had been many peoples’ favourites for the title until recent weeks when games in hand and, ultimately, injuries took their toll.

Early on, Kilmacrennan forced a series of corners after McNulty had to get down at full stretch to turn McLaughlin’s effort around the post.

McNulty turned one teasing Bradley corner onto the post, but Kelly was on hand to apply the finish from close range.

The visiting ‘keeper held onto a Terence Shiels free and Bradley riffled over from an other set play as the Lurgeysiders held the upper hand.

Kildrum included debutants McDaid and Daniel Coyle in their XI, and the St Johnston men finished the half well after Chris Flanagan clipped a free wide for the home side.

Coyle got on the end of Barry O’Donnell’s deep cross, but could only get a thigh to the ball and the chance was gone.

Conor Crossan surged in, but was unable to hit the target in added time as Kildrum sought a way back into it.

McDaid got them level but Doherty won it and Kilmac’ remain in the hunt with the final Sunday’s permutations now resting with the Ulster FA.