Sweeney on the spot to earn Donegal a point 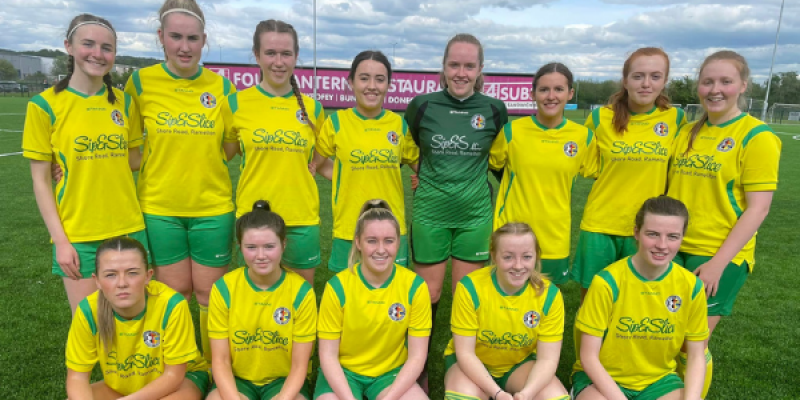 The Donegal Women's League side that drew with Sligo Rovers

Eimear Sweeney scored a late penalty to earn the Donegal Women’s League a share of the spoils with Sligo Rovers in the Under-19 Women’s National League on Sunday.

Sweeney drilled home from the spot after Ciara McGarvey and it was enough to draw a six-goal thriller at Leckview Park.

Milford United face a play-off to preserve their place in Division 1, while Ballybofey United and Drumoghill FC have been relegated

Sligo broke the deadlock through Laura Swan in the 27th minute.

The lead was short-lived, though, as Rebecca Doddy levelled and ten minutes from the end Ciara Henry beat Orla Corry with a superb free kick.

However, Sweeney would have the final say of the evening.