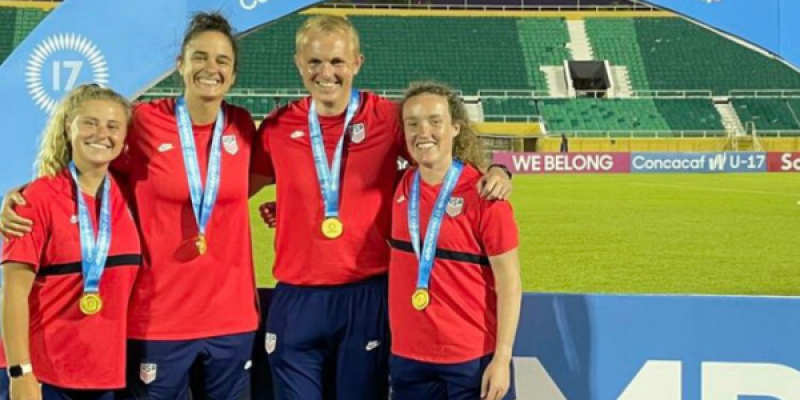 The 2-1 win over Mexico in Santo Domingo, Dominican Republic, secured qualification for the FIFA Under-17 Women’s World Cup, which takes place in India in October.

The US won the Concacaf Championship for a record fifth time.

Earlier this year, Keaney took up a new role within the US women’s set-up as a sports scientist.

Since 2019, Keaney worked as a sports scientist with the Republic of Ireland women’s national team.

Keaney worked for StatSports and was their designated person to Vera Pauw’s Ireland team.

Keaney, a former Donegal senior Gaelic footballer, joined the US and is based in Chicago at the United States Soccer Federation headquarters having previously obtained a degree in sports science at University of Limerick.