Banda, who was joint top scorer in the Championship last season, will be back at Ferney Park for the 2022/23 season 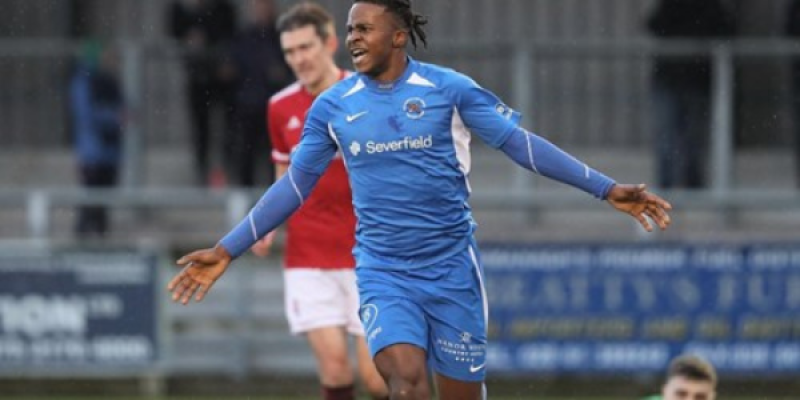 Banda scored 19 goals for the Mallards in the 2021/22 season and will return to Ferney Park next season.

The 24-year-old had been linked with a move to Finn Harps in recent weeks, but Banda has put pen to paper again for Ballinamallard.

“I need to praise Harry for putting a lot of faith in me,” he said.

“I was playing intermediate football last year in Donegal and did not think I would be making the step up again so soon but getting that chance has given me that motivation.

“Now I have that self-belief that not only can I thrive at this level but I can push on and play in the top tier too.”

Banda hit prominence when, as a 17-year-old, he scored a dramatic winner for Finn Harps in a 2015 play-off final win over Limerick - a goal that propelled Harps back to the Premier Division.