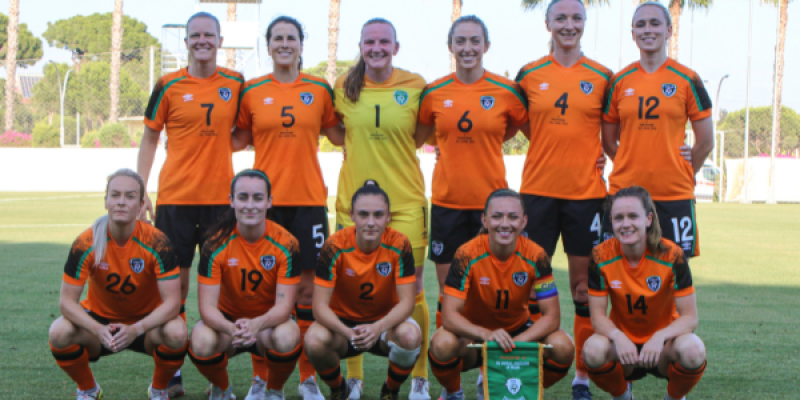 Roma McLaughlin played the 90 minutes as the Republic of Ireland women’s team defeated Philippines on Sunday.

The Girls in Green are preparing for Monday-week’s FIFA Women’s World Cup qualifier against Georgia.

Greencastle woman McLaughlin, who plays for Connecticut Fusion, returned to the starting XI for the game on Sunday.

Fellow Donegal players Ciara Grant, who recently signed for Hearts, and Amber Barrett, who lines out for FC Köln, are also in the squad, but were unused on Sunday.