Agony for Donegal Schoolboys in Plate final at Kennedy Cup 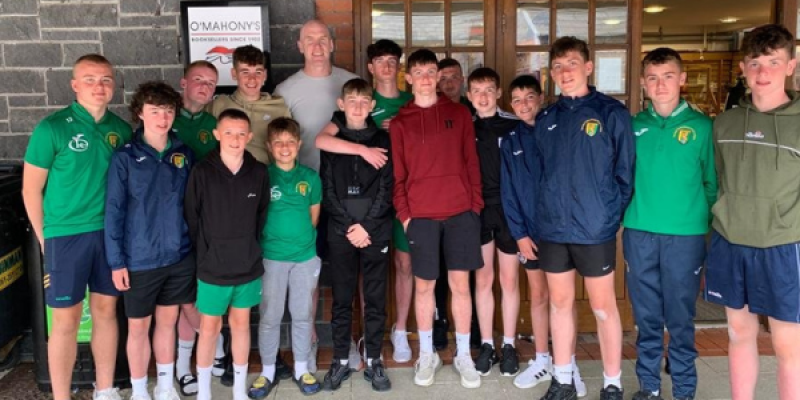 The Donegal Schoolboys League squad who competed in the Kennedy Cup.

Donegal lost out by the odd goal in the 2022 Kennedy Plate final on Friday at University of Limerick.

The game began brightly and Donegal raced into an early lead when Cathal Doherty crossed to the back post for Evan Hickey to head home.

Hickey had another shot saved on six minutes by the Midlands goalkeeper before Midlands had a few half chances that didn’t trouble Oisin McDermott in the Donegal goal.

Midlands equalised just after the midway point from a corner and a looping header found its way into the net past McDermott.

Donegal had the ball in the net on 22 minutes when a Tomas Carr finish was adjudged to be offside.

Donegal then managed to grab the lead a minute before the break when a free kick from man of the match Tomas Carr nestled in the bottom corner of the Midlands net to the delight of the Donegal boys.

The second half was nip and tuck before Midlands equalised through a controversial strike.

With the game coming to a close it was Midlands that grabbed the all-important winner when the ball in was med with a downward header to break the hearts of the Donegal contingent.

On Thursday, Donegal defeated Sligo-Leitrim Schoolboys after a gripping 11-10 penalty shoot-out following a scoreless draw in the Plate semi-final.

In all, there were 28 penalties taken before Donegal eventually prevailed.

Donegal had lost out 1-0 to Cork in their Cup quarter-final on Wednesday.