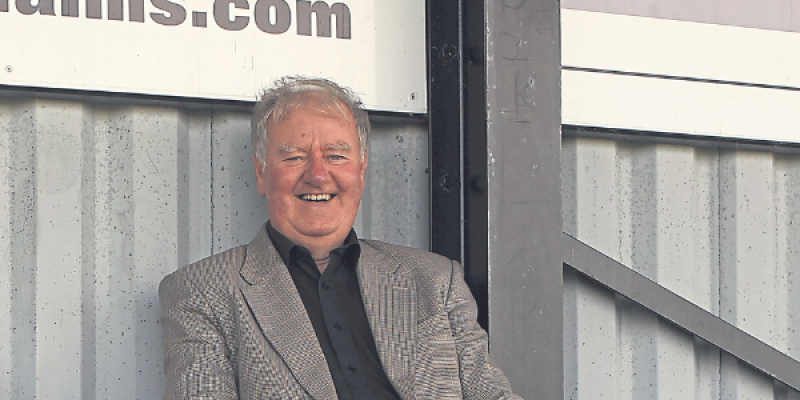 Experienced Letterkenny football administrator Dessie Kelly has been awarded with honorary life membership of the Football Association of Ireland.

The announcement that the Letterkenny Rovers clubman was to receive honorary life membership was made at the FAI’s annual general meeting on Saturday at the Mansion House in Dublin.

Kelly has been involved at Rovers since first joining the Leckview Park club in 1962.

He has been everything from player, manager and administrator to groundsman.

He stepped down from the role saying: ‘I couldn’t even think about the possibility of losing’.

He served as a long-time secretary of the Donegal Junior League and Ulster Senior League, while he has also been involved in the Donegal Youth League and Donegal Schoolboys League. Kelly was instrumental in the purchase of an subsequent development of The Diamond Park in Ballyare - the Donegal League’s headquarters.

Kelly is the current secretary of the Ulster Football Association and the chairperson of the Donegal Women’s League.

He is also the chairperson of Letterkenny Rovers.

He has been a member of the FAI’s senior and junior councils and has served on several sub-committees at national level over the years.

Previously, he was awarded the John Sherlock Services to Football award for his years of service to the game when the FAI AGM was held in Donegal in 2012.