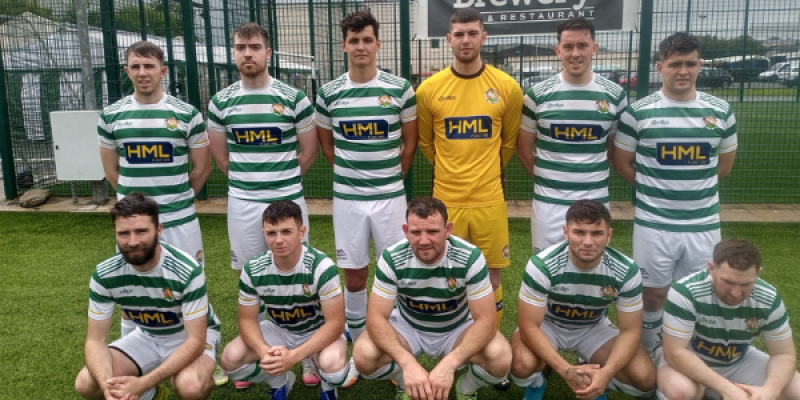 Timing is everything - and in Cockhill Celtic’s case this week’s FAI Senior Cup clash with UCD has come at the wrong time.

Gavin Cullen will be without ace striker Garbhan Friel, who is on holiday, while Caolan McColgan and Adam McLaughlin are also on the absent list.

“They’ll expect to win the game comfortably because of the fitness levels, but we’ll give this a go and we want to surprise them,” Cullen told Donegal Live.

“We’re definitely capable - and it wouldn’t be a surprise to ourselves if we did - but it’s the timing of the fixture more than the fixture itself.

“You want to go with a full squad, but we have players to come in who are capable of playing.”

UCD are bottom of the Premier Division, only goal difference having Finn Harps ahead of the Students. However Cullen remains aware of the levels between the local intermediate grade and the top flight.

He said: “We have to be as competitive as we can for as long as possible. I watched them on Friday night and they looked very sharp. They’ll be better organised than us. There mightn’t be a big difference in quality altogether, but they’re a lively side.

“It’s always good to play a Premier Division club. It’s obviously going to be a tough game, but we have nothing to lose. We’ll give it a go and give them a game, but we’re not expecting a lot.

“It hasn’t been great with us out of season and having players unavailable. We’re only back a few weeks and it’s hard to ask boys not to be going on holiday or whatever after a long season and with another season quickly coming up.”

Cullen has added Carndonagh man Lee McLaughlin and Paddy Slevin has joined from Aileach. They join a group that has had ownership of the USL silverware for the last nine seasons.

“They’ve been excellent and have fitted in well,” Cullen said.

“They’re players we believe can come into our starting eleven. We’re happy with the squad when we have everyone available. You can earmark players at times and you’re always trying to improve the depth, but it’s about getting players that will improve the team.

Cockhill warmed up with a 5-2 win on Saturday against Cockhill Celtic Youths in the Letterkenny Community Centre Summer Cup. Corey McBride scored twice with Friel, Stephen Duffy and Fionn McClure also on target.

There’ll be a familiar face in the UCD dugout on Friday evening with former Cockhill coach and defender William O’Connor on Andy Myler’s backroom team, while Sam Todd from Carndonagh is expected to line out in the heart of the UCD rearguard.

Cullen said: “It will help them, of course. We won’t cause any surprises with who we have or how we set up. UCD won’t need to have watched us, William knows us so well.”