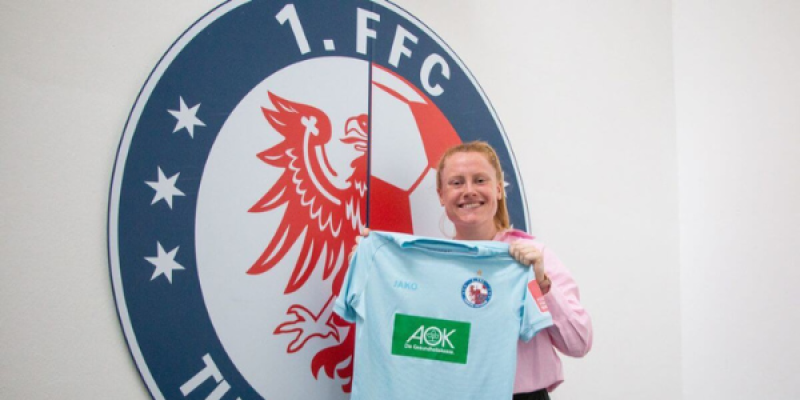 Amber Barrett will remain in the Frauen-Bundesliga having signed for Turbine Potsdam.

The 26-year-old Republic of Ireland international has been unveiled by Turbine Potsdam, who finished fourth last season.

Barrett had been at FC Köln since 2019, but this summer decided to pursue another avenue.

The Milford woman had no shortage of suitors, but has opted to remain in Germany.

Turbine Potsdam, who play at the Karl-Liebknecht-Stadion, are one of the leading women’s sides in Germany. They won the Champions League in 2005 and 2010 and have won the Frauen-Bundesliga six times, the last of which was in 2012.

Minister signs off on deal

Sofian Chahed, a former Tunisian international who played for Hertha Berlin and Hannover 96, is the manager.

Barrett has 30 caps for the Republic of Ireland and she moved to Köln three years ago after become a goalscorer of note at Peamount United.