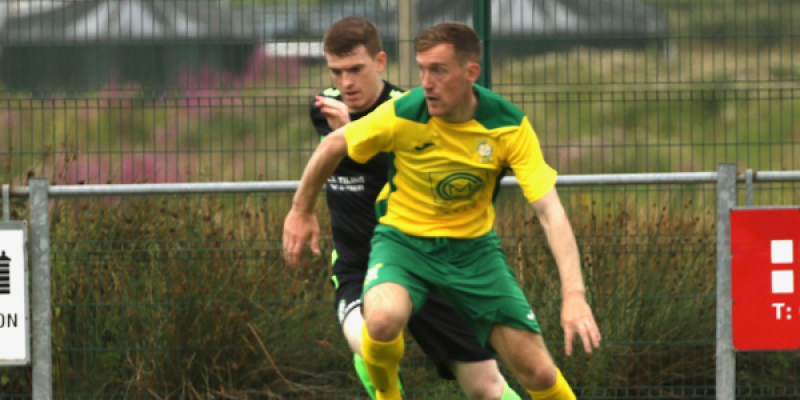 Bonagee United booked a ticket to the second round of the extra.ie FAI Senior Cup after a big win over Pike Rovers on Sunday.

Pike’s day unravelled when, trailing to Black’s opener, Steven McGann was sent off for chopping down Mark Harkin in the 32nd minute.

Two goals in the space of three minutes effectively had the lid on the win - Bonagee’s first ever at this level - which leaves Jason Gibson’s men as Donegal’s flag-bearers in the competition.

Three minutes later, it was three-nil. Doherty snatched at an initial attempt after good approach work by Dan O’Donnell, but McNamee finished superbly from the edge of the D.

Just two minutes into the second half, Bonagee added a fourth, McNamee converting with ease after Michael Funston headed on a Gareth Harkin cross.

Captain Jamie Lynagh brilliantly headed home a Dohery corner in the 72nd minute and, eight minutes from the end Black bagged his second, keeping his cool under pressure to slot into the bottom corner.

Bonagee stole an early march when they took the lead on 15 minutes. Funston sent Conor Black free and the Kilmacrennan man’s left-footed ball in floated over Moroney and into the net.

Black and his twin brother Stephen were included in the Bonagee XI having signed from Finn Harps in recent weeks and they were to the fore in the opening exchanges. 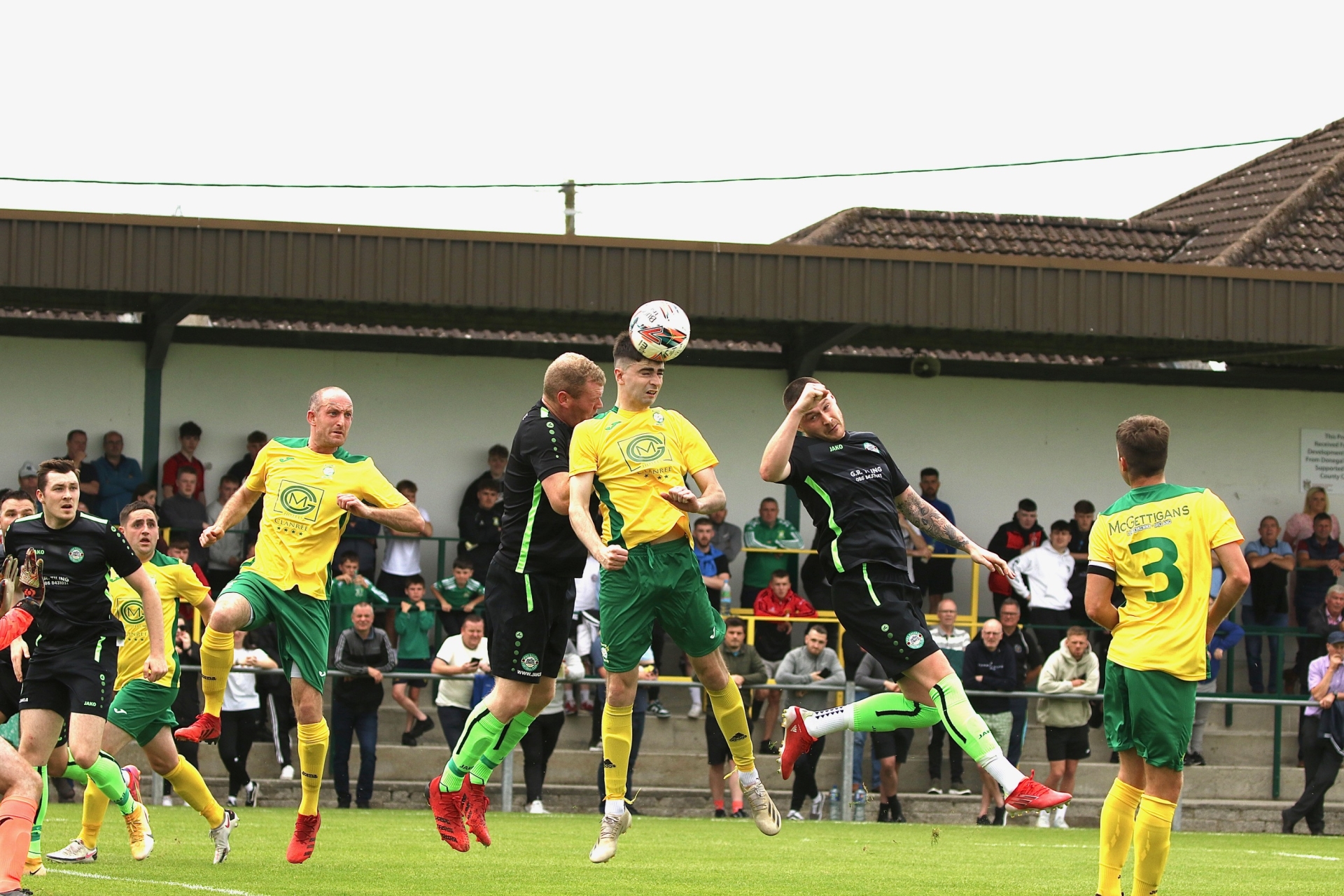 Experienced former Finn Harps midfielder Funston drew a fine save from Moroney in the fifth minute. Funston broke down the left flank before cutting into his favoured right foot and his curler was tipped over the top by Moroney.

From the resulting corner, taken by Stephen Black, Jamie Lynagh riffled over the top.

Just before Bonagee broke the stalemate, Gareth Harkin was unable to get the necessary purchase from close range after Stephen Black nodded a McNamee free kick into his path.

Pike - who had to make the long trek to Donegal on Sunday morning due to a lack of available accommodation in the north west - were dealt a hammer blow after the half-hour when McGann was given his marching orders for a rash challenge on Mark Harkin.

Bonagee were without the injured Daragh Ellison and Gareth Breslin while holiday ruled Jack Parke and Deano Larkin out of contention.

Gibson was handed a boost with Gareth Harkin and McNamee given the green light to play following recent injury scares.

Conor Black was denied by Moroney, but Bonagee soon had the game wrapped up and their name goes into Tuesday’s draw.