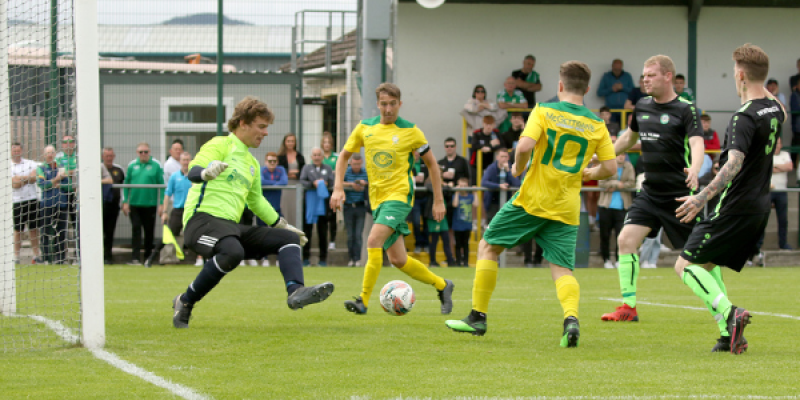 Bonagee swept the Limerick side away with an emphatic 6-0 victory to send them into the second round.

Two goals each from Conor Black - making his Bonagee debut - and Tony McNamee were aided by strikes from Micheál Doherty and Jamie Lynagh.

“It’s a great day,” Gibson said. “It was excellent all-round.”

McNamee was an injury doubt coming into the game, but played 56 minutes and was instrumental.

Gibson praised his players’ attitudes after the historic win, Bonagee’s first in the competition.

He said: “We were carrying a few injuries coming into the game, but fair play to the lads who stepped up.

“It showed the character of some of them. Tony McNamee had a fairly heavy injury and is out there today, Gareth Harkin and Mark Harkin too. They were like the walking wounded, but it shows their character to go out and do that.”

Bonagee began well and Black netted the opener in the 15th minute before Pike had Steven McGann red carded in the 32nd minute.

Gibson said: “I felt we were in control. The guy gave the referee a decision to make. Some days, it’s red and other days it’s yellow. I felt at the time that he’d be lucky to stay on the field.

“We kept our own composure and discipline and we managed the game. We wanted to play with a purpose, stay on the ball and still trouble them in the second half.” 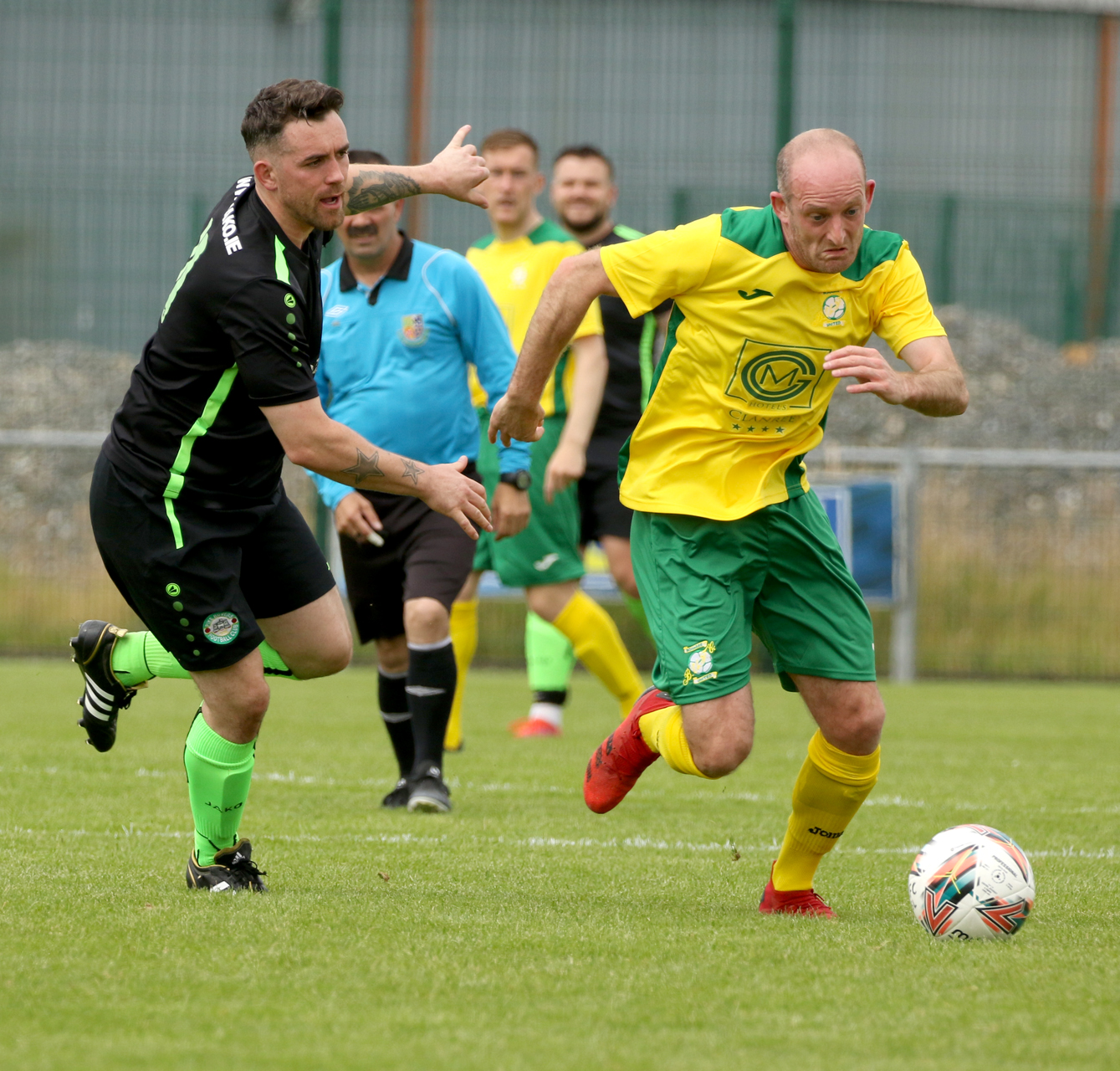 Bonagee have been riding on the crest of a wave lately with Gibson’s men winning a cup treble in May and the Donegal League team winning the Brian McCormick Sports Cup, while finishing runners-up in the Donegal League Premier Division.

This summer also saw Bonagee win the Donegal Youth League and the club’s senior ladies reach the semi-finals of the Women’s FAI Intermediate Cup and play in the Senior Cup.

Gibson said: “We’re competing across all fronts. This is a senior club to me, the way they conduct themselves. This was a chance for the club to showcase what they’ve worked hard at over the years.”