Hearts came from behind to defeat Partick Thistle with Letterkenny woman Grant, a summer recruit from Rangers, making her debut for the Jambos 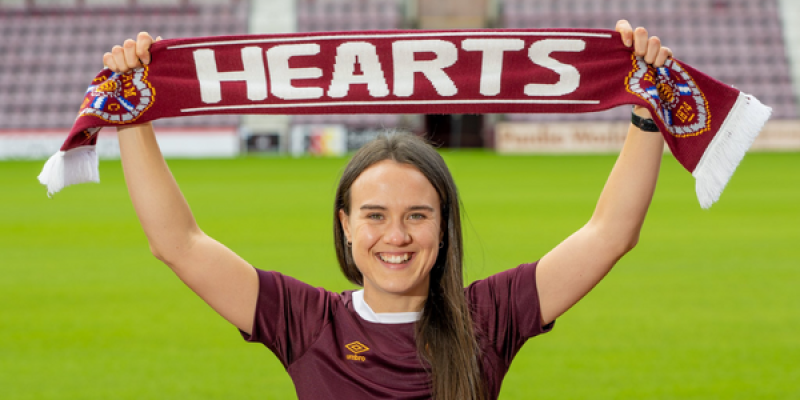 Ciara Grant made her Hearts debut on Sunday.

Ciara Grant had a winning debut with Heart of Midlothian on Sunday.

Hearts came from behind to defeat Partick Thistle 3-1 at Oriam,

The Jambos trailed at half-time as Cara Henderson broke the deadlock.

However, an eleven-minute hat-trick from new Hearts striker Georgia Timms put the Jambos in control.

Timms, a summer signing from Lewes in England, scored in the 58th, 50th and 59th minutes as Eva Olid’s sign got the new season off to a winning start.

Letterkenny woman Grant started for Hearts having signed from Rangers, the defending Scottish Women’s Premier League champions, in the summer.

The 28-year-old Grant spent the latter half of last season at Rangers, helping them to the SWPL title.

Previously, Grant, who is a qualified doctor and a Republic of Ireland international, played for UCD Waves, Raheny United, Sion Swifts and Shelbourne.