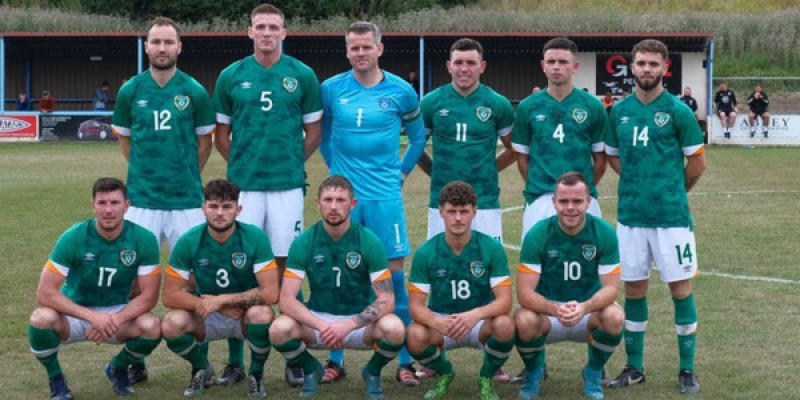 The Republic of Ireland amateur team including Lee McColgan (3) and Jack Parke (18).

Jack Parke and Lee McColgan played on Saturday as the Republic of Ireland amateur team defeated Wales in a friendly international.

Goals in the first half by Stephen Chambers and Nathan Broderick gave Gerry Davis’s Ireland a 2-0 win.

Defenders Parke and McColgan had been in the starting XI for the recent 2-1 win over Wales at Turner’s Cross.

Ireland have a double-header with Northern Ireland to come before heading to Bulgaria in October for a UEFA Regions Cup qualifier.

McColgan, a key figure for Cockhill as they won the Ulster Senior League last season, previously played for the side in a 1-0 win over the Ireland under-20s at Whitehall in March.