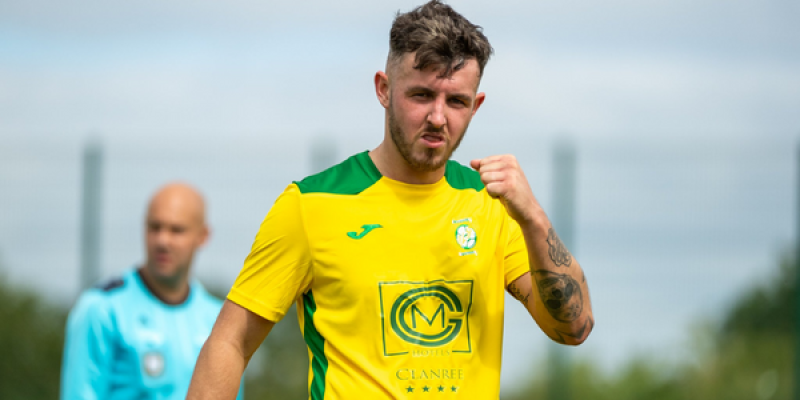 Credit must be given to both sides who treated the healthy attendance to a cracking game despite the atrocious overhead weather conditions which saw heavy showers for much of the duration.

The game exploded into life in a frenetic opening spell with Rovers going ahead on three minutes when Gabriel Aduaka pounced on a defensive mixup to easily score.

Bonagee fought back well and, after Rian Akpetinyi denied them with a goal line clearance, they levelled on 12 minutes when Deano Larkin's looping header from a Micheál Doherty free kick found its way past debut boy Mark Anthony McGinley in the Rovers goal.

Both teams were attacking at every opportunity with Adrian Delap and Aduaka going closest for Rovers while Bonagee, driven on by the impressive Stephen Black, couldn't find that elusive fourth goal of the evening which would have seen them comfortable at the break.

That looked to have come back to haunt them when Rovers equalised on 47 minutes when Shane Porter - making his return to the club - rose highest to head back a free kick across goal and Aduaka fired to the bottom corner.

As time went on one sensed that both sides would have been content with a share of the spoils, but it was the visitors who secured the win on 85 minutes when Black played Doherty through and he made no mistake when slipping the ball home.

Rovers were reduced to ten men for the dying stages when Johnny Robb saw red having picked up his second caution of the evening.

These sides will meet again next weekend back at Leckview Park in the FAI Intermediate Cup.