Bronagh Gallagher, Caoimhne Heron and player of the match Ciana Brogan bagged the goals to seal a League and Cup double for the Dry Arch Park side.

Bonagee dominated the possession stakes, but took some time to break down a stout Drumbar rearguard.

Led by the excellent Eimear Sweeney, Bonagee took charge of the contest and they broke the deadlock in superb fashion on 28 minutes. 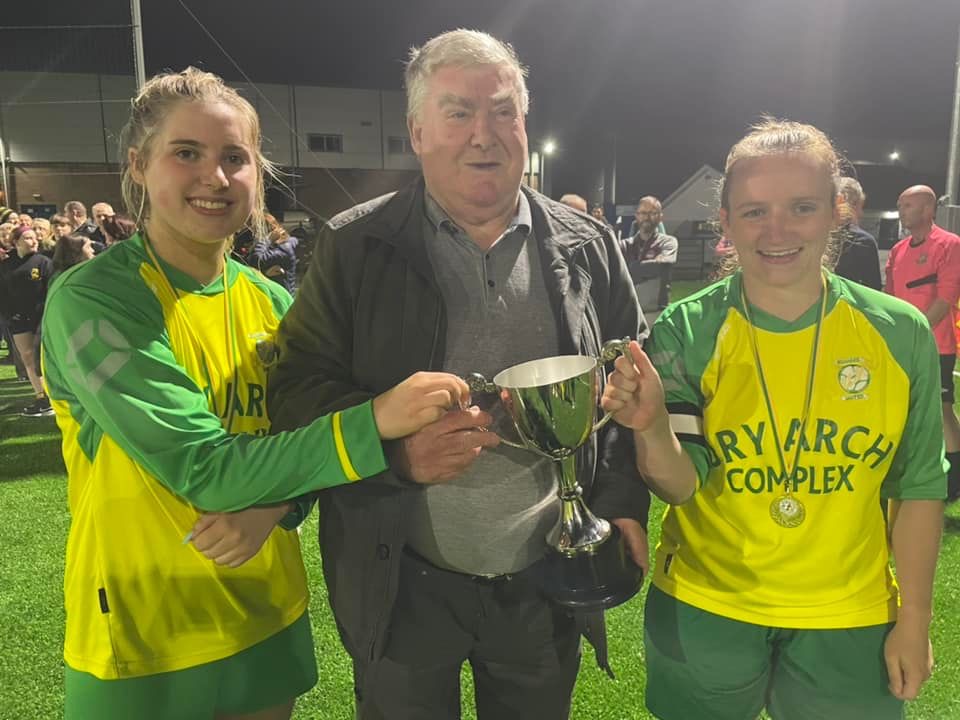 A fine team move saw Bonagee transfer from back to front with McFadden’s pass providing the chance for Gallagher, who held off a defender and made no mistake in powering home her 18th goal of the season.

Bonagee were 2-0 up at the break as Heron finished well past ‘keeper Sarah Canny following another team move.

Heron and Gallagher both struck the net again, but saw their efforts chalked off for offside infringements. 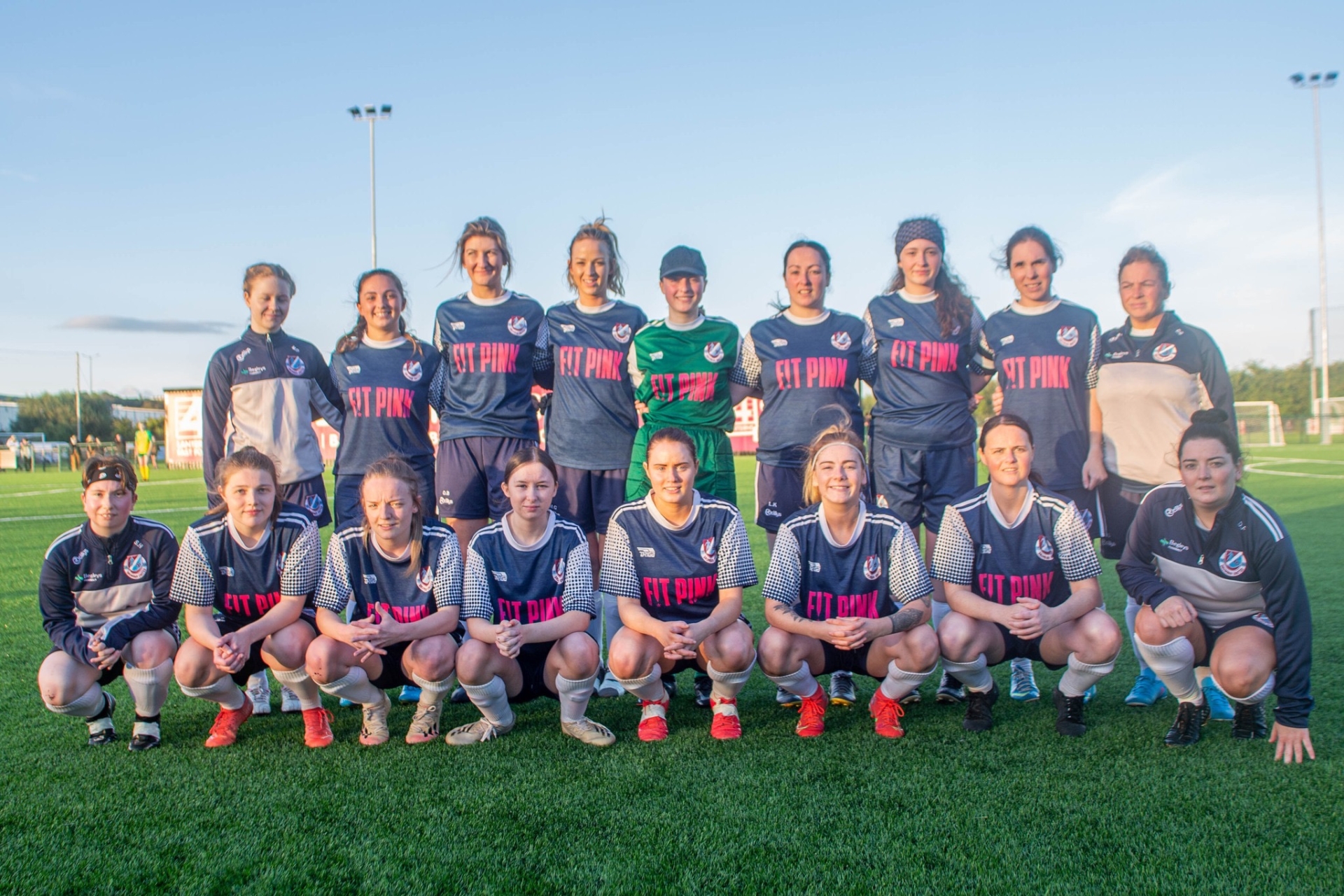 With young Hannah Hopkins stepping up for a big second half with a series of daring raids down the right, Bonagee were in command, but still needed Niamh Mailey to be at her best to keep out a Leah Boyle effort.

Jodie Walker was a persistent threat for Drumbar, but Bonagee remained in control with the new energy of Deborah Kerrigan, Keri Sweeney and Gabrielle O’Donnell off the bench giving Chris McNulty’s side a further dimension.

Bonagee made safe the win when Brogan capped off a shining performance by firing a late free kick to the top corner. 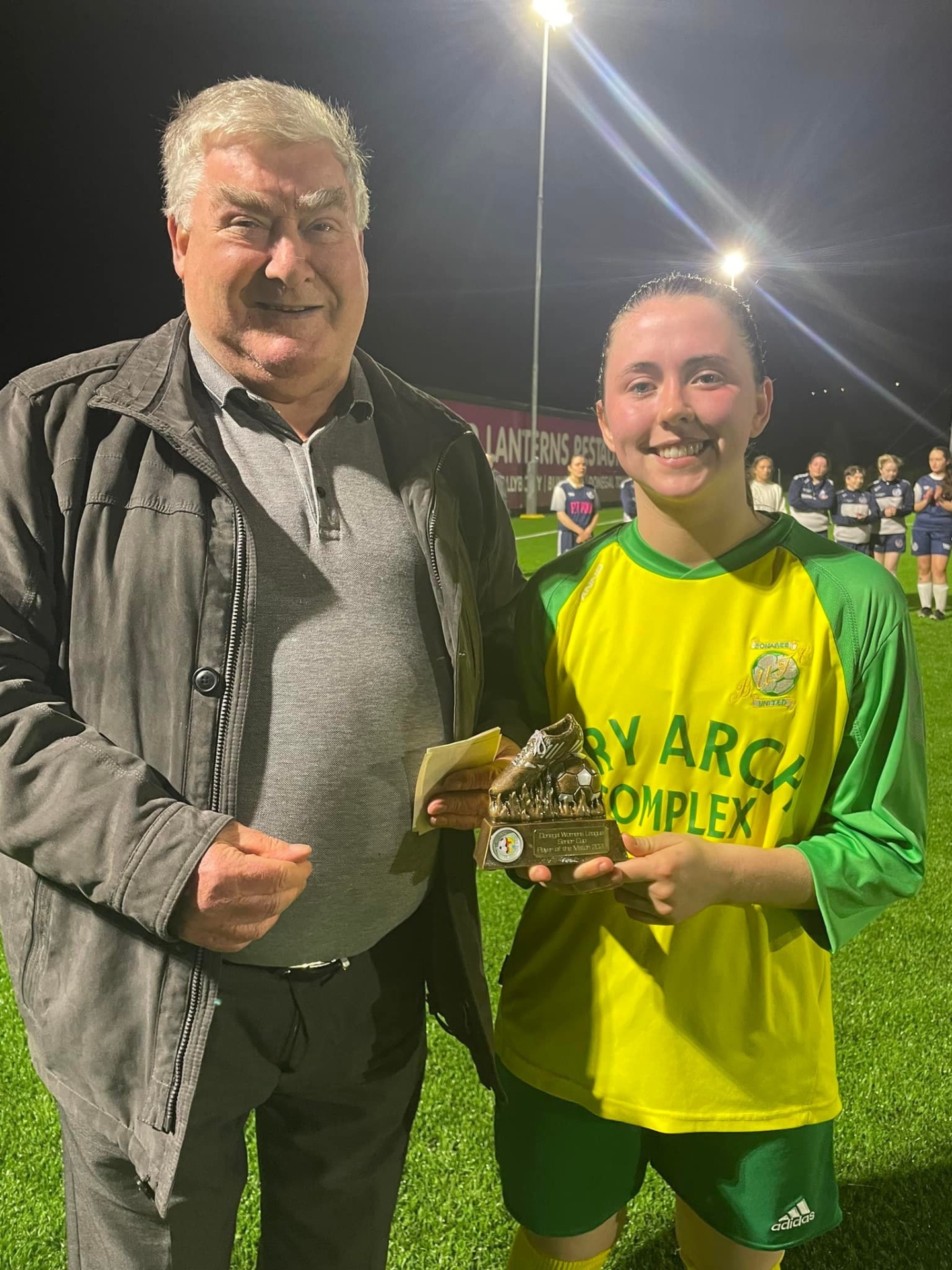 Drumbar fielded a mother, daughter and aunt in the final with Denise Gallagher playing alongside her sister Michelle and daughter Cassidy and daughter Aine Gallagher.