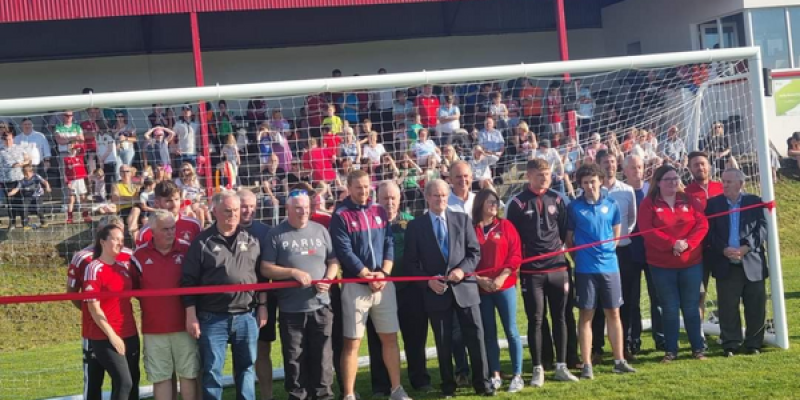 The new pitch at Swilly Park is officially reopened.

The September sun made an appearance as a big crowd turned up for the occasion.

The relaying of the pitch, under the guidance of William Coyle from Pitch Dimensions, began in the summer of 2021 and the club played all of their games away from home last season.

Councillor Ian McGarvey, who captained Swilly Rovers to victory in the 1962 FAI Junior Cup, helped to perform the official opening.

In the 2019, Sports Capital and Equipment Programme, Swilly were awarded €64,232 for the work to the pitch with the club contributing €21,000 of its own funds. A further €70,746 for refurbishment of the astroturf facility at Swilly Park was awarded earlier this year in the last Sports Capital programme.

A family fun day preceded the official duties which was attended by a huge crowd of local children.