Goretti Sheridan - moving up the ranks of An Garda Síochána

'We want An Garda Síochána to reflect the communities we serve' 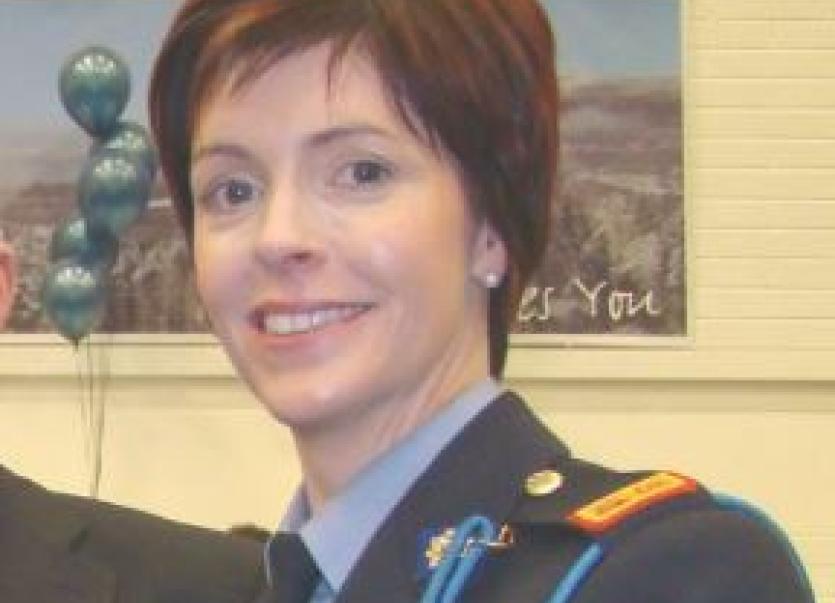 International Women's Day is tomorrow, March 8. This week Donegal Live published a number of interviews with women who have been influential in their particular fields to tie in with the celebration.

Little did Goretti Sheridan know, growing up in Rathmullan, looking across Lough Swilly to Inishowen, she would, one day, be stationed there as a Garda Superintendent.

In fact, as she candidly admitted, a career in An Garda Síochána was not something she ever considered when growing up.

However, the fates conspired. Goretti completed her degree in computers at Letterkenny Institute of Technology and Ulster University, Magee, in 1993, two years after An Garda Síochána had begun a big recruitment drive.

Laughing she said: “14 people out of my class actually applied to join An Garda Síochána at that time. I was working part-time in the Pier Hotel in Rathmullan while at College and a man from the town, called Bertie Kelly, brought me in the advertisement out of the paper and told me I should join An Garda Síochána because I was tall.

“So, I finished College in July 1993 and I started in An Garda Síochána in August 1993. I thought I would try it for a couple of years and see what it was like; and here I am nearly 28 years later.”

One of nine siblings, Goretti's mother and father were Claire and Patsy Sheridan. She attended St Joseph's NS in Rathmullan, followed by Loreto Community School in Milford.

With a palpable sense of enthusiasm, Goretti described being in An Garda Síochána as a “great job”.

She said: “I would encourage any young woman to join the organisation. There is great variety working in policing; no two days are the same – you will definitely not die of boredom. It can be challenging at times because you are at the frontline dealing with people who have suffered trauma; such as attending fatal road traffic collisions, sudden deaths including suicides, involved in murder investigations, domestic violence and sexual assault investigations. However, on a positive note, you also have your day-to-day engagement with the communities we serve. Community engagement is centrefold to policing in Ireland – Covid has really demonstrated this.

“Then I got promoted to Sergeant, so I spent the guts of nine years out around Tallaght. For four years I was in charge of Community Policing in Tallaght and for five years I was in charge of the Drugs Unit. I loved working in Tallaght, definitely a highlight in my career. It was a fantastic experience working with great people. Often areas are branded and given bad names but I could not speak highly enough of the majority of people living and working in Tallaght.” said Goretti.

Goretti was subsequently promoted to Inspector in 2013 and was stationed in Letterkenny.

She added: “Following that I became a Superintendent in 2019 and was stationed in Castlerea in County Roscommon. It was there I experienced the biggest low of my career, the night that Garda Colm Horkan was shot dead (June 17, 2020). He would have died on my watch and I was there on the night in Castlerea after he was brutally murdered. That was a tough task and highlights the ultimate price some Gardaí pay in the line of duty."

Stationed in Inishowen since October 2020, Goretti said the peninsula was a nice area to be working in. Not having had the opportunity to meet a lot of people face-to-face because of Covid is a disadvantage in getting to know people.

She said: “There appear to be lots of community groups here and initiatives going on for example relative to domestic violence; our youth and the elderly population. We are also involved with the community and if anybody from the public is looking for help, we are there as well – in particular now during this Covid pandemic.

"Working during the pandemic can be challenging. I appreciate that it has been going on so long now. At the start everybody was abiding by the rules. I think people are just fed up now and the rules are restrictive and there are people whose mental health is affected and that is understandable as well.

“I am fortunate, I can get up in the morning and go to my work, whereas there are people who are at home and they may not have a job; or know whether they will still have a job after the pandemic or might lose their business, so I am mindful of all that. However, An Garda Síochána are guided by the Government guidelines, which dictate what we do on the ground. The legislation is passed and is handed over to the Garda to be executed,” said Goretti.

“I would be concerned sometimes about the attitude of the younger people to driving. There is a small element that are engaging in careless driving. There has been serious loss of life suffered in Inishowen over the years. A number of young people have been stopped and they have no insurance and/or driving licence – I don’t think they realise the impact this has on their lives long-term – they may be prevented from driving going forward as they are disqualified. There is little to no public transport in Inishowen and young people want to get out and about, this is fine but they need to drive legally and safely.”

“We were probably a bit of a novelty, to be honest with you,” she said.

She added: “I did research as part of a Masters Degree in 2009, in relation to woman and the general impact on career progression in An Garda Síochána.

“International research would say there are certainly some barriers there for woman. Often women feel they have to work twice as hard to prove themselves. Also, some would have experienced undermining and discriminatory behaviour and also women sometimes make the choice not to go for promotion.

However, I have to say. I have been blessed along the way. I was in the right place at the right time and had fantastic opportunities over the years. Even now at Superintendent level, approximately 15% of Superintendents in the country are women. We are making progress and we have two newly promoted female Deputy Commissioners this year, which is new for the organisation.

“I am also involved in the Garda Síochána Women in Policing Network, which the Commissioner has endorsed, to encourage diversity, gender equality and inclusivity. Our primary aim is to encourage women to join an Garda Síochána and to progress therein.

“Also, it is so important to recruit more people from diverse backgrounds in to the organisation so that we can reflect the communities we serve. It is all a work in progress,” said an optimistic Goretti.