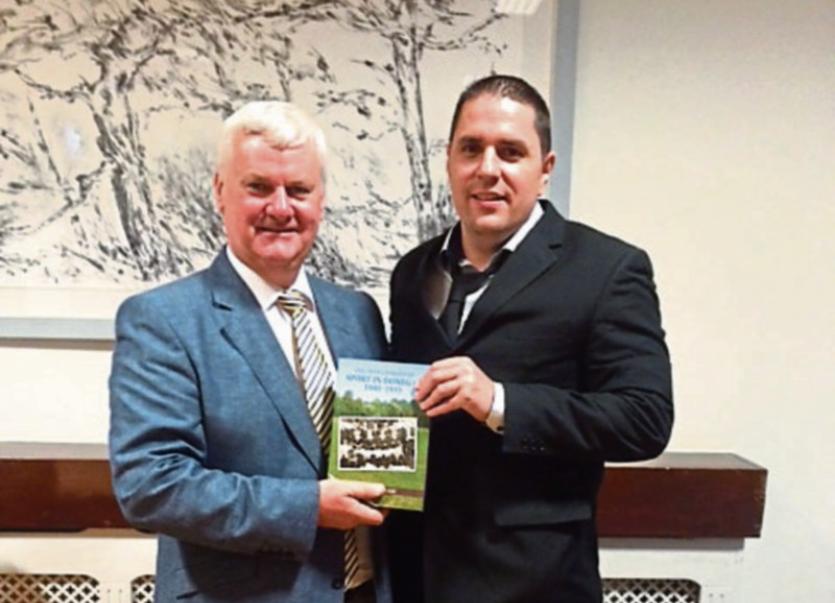 A young Ardara man’s love of history and sport has led to a first comprehensive examination of sport in Donegal at the turn of the last century.

This, in turn, has led to the publication of the Development of Sports in Donegal, 1880 to 1935, which takes a comprehensive look at sport in the county over the period.

The publication’s author is Conor Curran, a graduate of St Patrick’s College, Drumcondra, and who holds a Phd in Sports History from De Montfort University in Leicester.

The Development of Sports of in Donegal, 1880 to 1935, is Curran’s second publication on the history of Donegal sport.

“My primary interests are in sport, society and culture in 19th and 20th century Britain and Ireland,” explains Curran, a keen footballer in his playing days.

Conor was a goalkeeper with his native Ardara and is a double Donegal Senior Championship winner with the club from 2000 and 2004.

He also played U-21 for Donegal and was a member of the 1998 Hastings Cup winning Donegal team.

He also played soccer in his younger days and played for Donegal U-14s at the Ian Rush Tournament in Wales in 1991.

And in a strange way, that 1991 trip to Wales kindled the first interest in Donegal’s sporting history.

“I was only 14 at the time, but I found it strange that I was the only one from the South. It made me curious as to why this was and looking back on it now I often think that tournament was the first step on the career path I have taken.

“After graduating from St Patrick’s, I did a Phd in Sports History, in De Montfort University in Leicester.

“I get most of my information from the archives from the Democrat and other local papers and from the county archives.

“Thankfully with the internet it is getting easier; a lot the archives are now up on line which makes it easier collect the information.”

In his research down the years, Curran discovered that Derry City and its proximity to Inishowen and the East of the county has had an influence of the growth of soccer in these area.

And he found that cricket was played widely in the county in the late 1800s and the early part of the 1900s, and at one stage there were up to 14 cricket clubs scattered around the county.

There were cricket clubs in Ballyshannon, Donegal Town, Ardara, Ballybofey, Lifford and Letterkenny

Rugby was strong in the south of the county and there were clubs in Ballyshannon, Ballintra and Donegal Town.

All of this and much more is available in Conor’s latest publication, ‘Development of Sports in Donegal from 1880 to 1935’, which is published by Cork University Press.

It is on sale in Eason’s, Letterkenny and the Four Masters Bookshop in Donegal Town.

His next publication, a study of the Irish born players that emigrated to Britain to play soccer between 1945 to 2010, is well advanced and is due to be published at the end of the year.

Conor Curran was awarded a FIFA Havelange Research Scholarship in 2013 to research that story - the first Irishman to receive such an award.