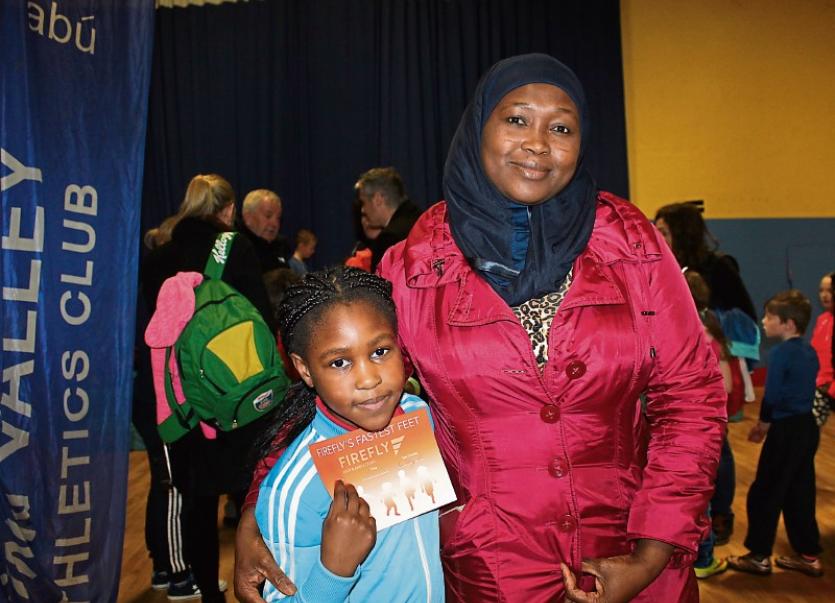 Letterkenny's Vereada Bashar became the second ‘Fastest kid in Ireland’ when she competed in the national competition at the Athlone Institute International Arena, Athlone on Saturday.

The event – for children up to the age of eight – is sponsored by Firefly Foot and Ankle Clinic, Sligo.

Firefly will send the fastest boy and girl along with a parent/guardian to New York to race at the prestigious Millrose Games in Manhattan on the weekend of February 20 – with flights and accommodation to be paid by Firefly the sponsors.

At the Donegal finals in the Finn Valley Centre last week there was plenty of noise as many got a first introduction to athletics. The winners Vereada Bashar, Scoil Mhuire Gan Scoil, Letterkenny 3.03 and David Geoghegan 3.17, Scoil Naomh Croine, Dungloe were in tip top form. They are wished well in the final on Saturday in Athlone.

Organisation throughout the lead in and on the final night in Donegal was excellent, led out by Dermot Mc Granaghan and Sharon Bradley. Certificates were presented to all the finalists.