Milford and Lagan Harps go top in Premier and Div. One 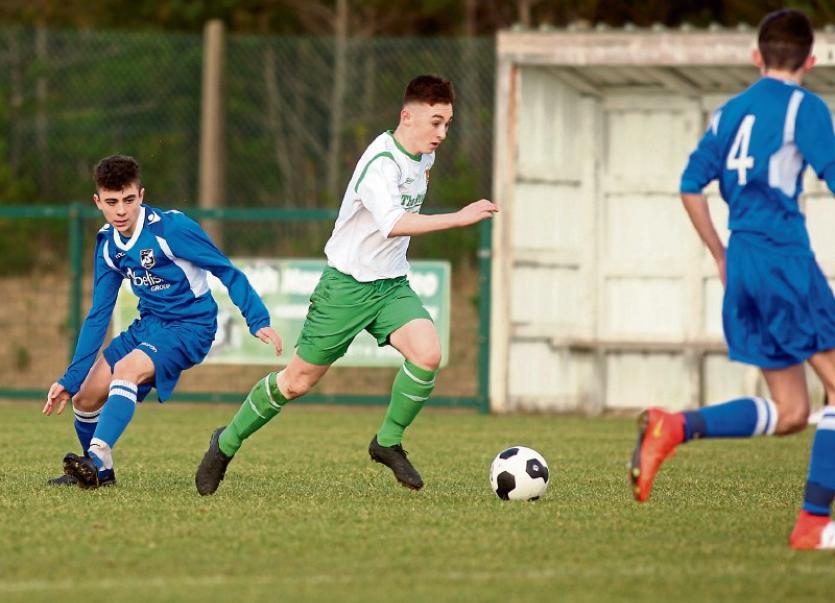 Milford United and Drumoghill FC now share the lead in the Premier Division following yesterday's latest round of fixtures.

Milford drew 0-0 with neighbours Kilmacrennan Celtic and they now move level on points with Drumoghill who were on cup duty yesterday.

There were games too in the CT Ball Division but the leaders Glenree United were without a game.

The match between Deele Harps and Ballybofey United was abandoned with around 16 minutes to go.

Glenea got a vital win in their battle against relegation.

The away side opened the scoring on the stroke of half time when Eamonn Sheridan was allowed to get onto a through ball and slotted the ball into the corner of the net.

In the 2nd half Glenea pushed hard for an equaliser but failed to take advantage of a couple of chances that came their way until the 65 minute when Lee O’Brien headed home a Sean Coll corner.

The home side continued to press for a winner and were rewarded on 73 minutes when a Dean Mc Carry cross was headed against the post by Ciaran Mc Geady and Darren Mc Geever was on hand to fire home the rebound.

Best for Glenea were Dean Mc Carry, John Harley and Ciaran Mc Geady while Eamonn Sheridan was best for Rathmullan.

Sunday’s game saw Kilmacrennan play host to Milford at Errigal College. Milford caught Kilmac on the back foot and dominated the game for the first 10 minutes creating numerous chances on goal.

This was the wake-up call Kilmacrennan needed and they picked up the pace. Early in the first half Milford’s Adam Serrinha found himself one on one with Kilmac’s keeper, Jason Hegarty who managed to pull off a vital save to keep the game alive for the Kilmac men. Milford looked like scoring again on the 35th minute but once again Jason Hegarty held strong to deny them their lead.

At the other end, Kieran Gorman had the best chance and came close to putting the Kilmac men ahead with a header that went a few inches wide of the near post just before half time.

Milford came close to taking the lead in the dying minutes of the game but Kilmacs’ new signing Seamie Friel cleared the ball after Gary Merritt’s free kick struck the crossbar.

Lifford started off well in the first half with both team pushing for goals. Lagan came close on a few occasions but couldn't find the net. Lifford took the lead in the 20th minute.

In the second half Lagan started the better and equalised after 10 minutes through Kenny Doran. Lagan kept the push on the Lifford men and were rewarded with another two goals, both from Mark Hunter.

What a game of football at Rab's Park as Gweedore came out on top in a 12- goal thriller. When one is sitting at the bottom of the table things don't seem to go to plan and it was like that yesterday for the ‘71 as it seemed that every little mistake was punished by the away side.

Both teams started well and Gweedore took the lead on eight minutes when Kerrykeel failed to clear their lines and Sean Mc Ginley fired home.

The home side were level on twelve minutes with Mylie McBride poking home from a Damien Watters cross. Gweedore punished the Kerrykeel defence on 18 minutes, this time Boyle fired home from six yards.

The home side levelled on thirty minutes when a great Sean Patton corner was headed home by Tony Mc Bride. Kerrykeel were well on top but allowed Gweedore a two goal cushion at half time after shocking defending in the space of two minutes before the break which allowed Ciaran Mc Fadden to score twice.

Kerrykeel pushed hard at the start of the second half and had good chances from Donal Callaghan and Cathal Martin, but again Gweedore hit them for six with two more goals in the space of five minutes with Mc Fadden and Boyle both netting.

With thirteen minutes remaining Donal Callaghan gave the home side hope after a great finish from a Mylie McBride pass. Two minutes later Miley Mc Bride made it 6-4, this time receiving a great ball from Niall Car to slot past the keeper.

Just two minutes later, Kerrykeel got a fifth to set up a grandstand finish, Andrew Friel sending a drive into the top corner from 15 yards. Kerrykeel threw everything at Gweedore for the last five minutes but Brian Gallagher cleared everything.

With just seconds remaining Ciaran Mc Fadden wrapped up the scoring, catching the ‘71 on the break and coolly rounded Shaun Friel. Heartbreak for the ‘71 after such a gallant fight-back. Best for Kerrykeel: Miley Mc Bride, Niall Carr and Shaun Patton.

South County rivals Letterbarrow and Eany play out this drawn match at Tymeen on Sunday afternoon.

The game started in usual derby mode with neither side wanting to give anything away. Letterbarrow thought they had taken the lead when Christopher Burke scored but his effort was disallowed by match official Ed Moore.

Pauric Mc Groarty gave Eany the lead on 55 minutes when he scored from close range. After this however, it was all Letterbarrow. They got a deserved equaliser on 75 minutes when Joyce Porter scored direct from a corner.