Gold for English, bronze for Griffin in 800m final 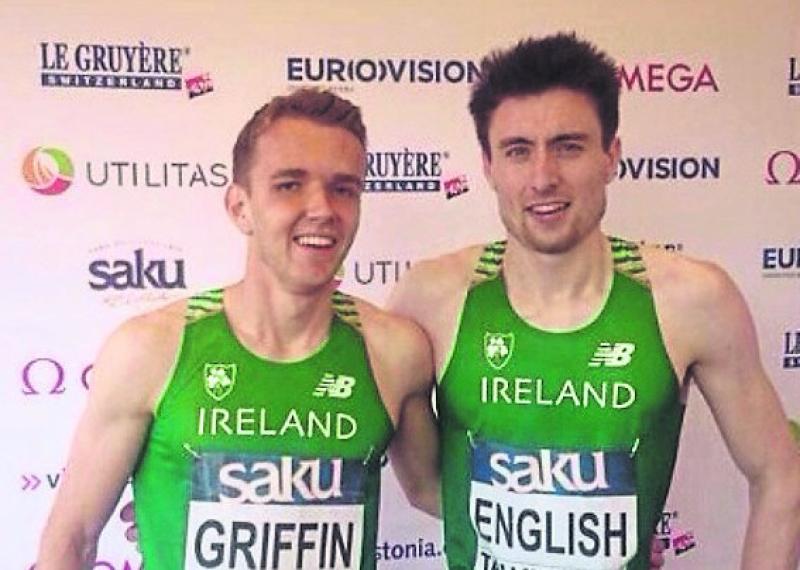 Karl Griffin and Mark English were in the medals in Dublin

English  ran a clever race, moving in front in the closing stages and eventually finishing ahead of Raheny’s Kieran Kelly in a time of 1.50.89.

Griffin ensured it was a ‘first and third’ for UCD as he sprinted home to take bronze in 1.52.44, beating another Donegal man, Letterkenny AC’s Darren McBrearty,  into fourth spot (1.52.62).

Speaking afterwards, a delighted English, said he was very happy to come away with the win - especially in such a strong field.

“I was running very well back in May but got injured in the summer. It hasn’t been perfect but today will hopefully give me a good boost going into the World Championships,” he said.

Earlier in the day, John Kelly of Finn Valley AC won gold in the shot. His win was the first by a Donegal athlete since John Gallagher from Cruit Island won the shot some 65 years ago.

Ann Marie McGlynn of Letterkenny was second in the women’s 5,000m on Saturday.

Among the other good performances from Donegal athletes, Fodhla McFadden of Rosses AC was fourth in the triple jump; Gareth Crawford of Lifford Strabane was fourth in the javelin; Aaron McGlynn ran 49.83 in the men’s 400m; and Sinead McConnell was fifth in the masters 5k walk in 27.22.

But there was a bronze medal for Tir Chonaill AC's Kate McGowan in Sunday evening's 400m hurdles final. In a thrilling race, just over half a second divided the top three finishers.