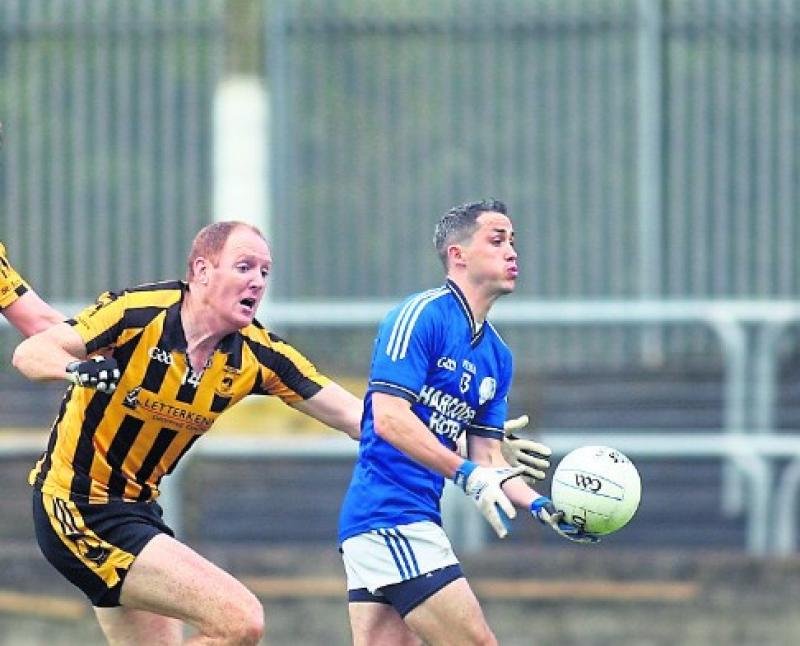 It’s a sixth league win on the bounce for in-form Naomh Conaill who gave another impressive display when beating Milford in Division One on Saturday night.

Ten points in front at half time, Naomh Conaill’s victory was built on a superb first half display during which Seamus Ellis scored their opening goal at Moyle View Park.

Indeed Ellis’ strike came as Naomh Conaill raced into a 1-6 to 0-0 lead in the early stages.

Brendan McDyer pointed to open the scoring and he was involved in the move which led to Ellis scoring the goal in the second minute.

Dermot ‘Brick’ Molloy, Ciaran Thompson and Anthony Thompson also got on the mark as Naomh Conaill got off to a great start.

Milford needed a response after falling so far behind so early in the game. They opened their account from a Tony McNamee free on 15 minutes but Naomh Conaill responded again with points from  Ellis and Anthony Thompson.

McNamee knocked over another and there were goal chances at either end. But by half-time, Milford had a mountain to climb, trailing by ten points.

They were much better after the break and after TJ Evesson hit a fine long-range point, a foul on Joey Cullen gave them a penalty which was tucked away by McNamee.

The same player hit another couple of points as the Milford fight-back continued and they were denied another goal by Anthony Thompson who got back to stop Christopher Barrett’s effort from going in.

David Curley hit another Milford point but Naomh Conaill were able to lift their game  and points from Eunan Doherty and McDyer eased the pressure.

Naomh Conaill scored a second goal to kill off the Milford challenge on 52 minutes when Kevin McGettigan punched home.

A third goal was to follow, this time from the penalty spot with McDyer converting to the net following a foul on Kieran Gallagher.