Devenney: Declan Bonner the only man for the job 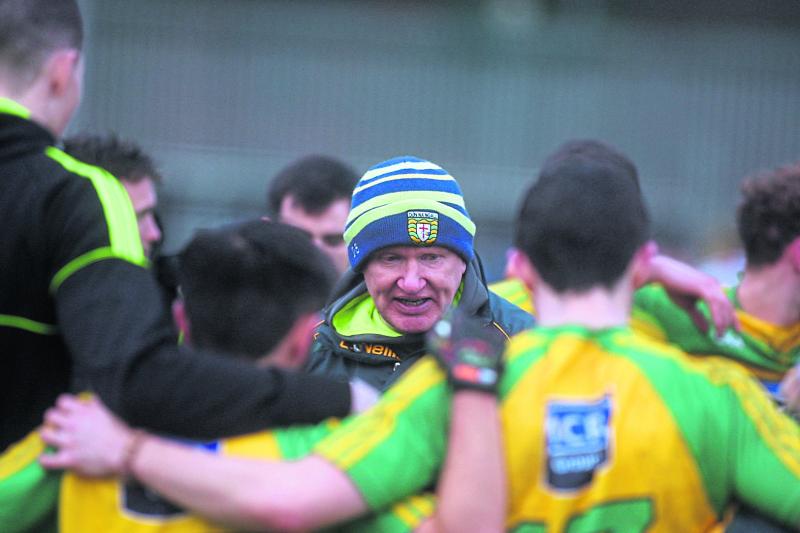 Declan Bonner - the front-runner for the vacant Donegal manager's job

Declan Bonner has emerged as the front-runner for the vacant Donegal senior manager’s job following the shock resignation of Rory Gallagher on Monday night.

Speaking on Highland Radio on Tuesday morning,  the former Donegal star forward said Bonner was the only man for the job.

“Declan has won Ulster minor and U-21 championships with this group of players,” said Devenney.

“He has been working with them and he knows the players and they know him and like him.

“With a few more retirements likely, there is talk of Frank McGlynn, Karl Lacey and maybe even Neil McGee and Paddy McGrath retiring, those young players are going to make up the bulk of the squad, Declan is only man for the job.”

Declan Bonner guided Donegal to an Ulster U-21 Championship title this year and also managed the Donegal minors to the county’s first ever All-Ireland minor final in 2014.

Donegal also won the 2014 Ulster minor championship under the Na Rossa clubman.
Other names linked with the job are former Down and Fermanagh manager Peter McGrath and former Mayo boss James Horan.
As well Declan Bonner,  Maxi Curran, Brendan Kilcoyne, Gary McDaid, Martin Regan and Rory Kavanagh are the locals being linked with the position.

The Donegal County Board are seeking nominations for the vacancy and hope to get the process of finding a replacement for Rory Gallagher underway later this week.

Rory Gallagher informed the players and officials of his decision to step down on Monday night.

The decision comes a little over a week after Donegal went down to a heavy defeat to Galway in an All-Ireland qualifier in Sligo.

Gallagher was one year into  a four year term. He has served three years in the position, having worked for three years as assistant manager to Jim McGuinness.