Leo McLoone still learning despite his 101 games for Donegal 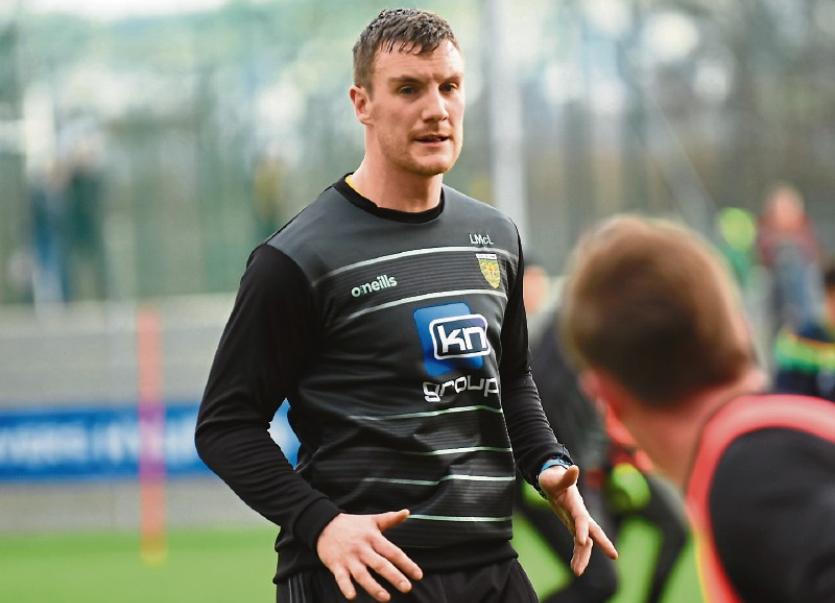 Leo McLoone returned to the Donegal starting team for the first time this season on Saturday night and he marked his first start with one of his best performances in years.

He commanded the defence from centre-half-back, the position many observers believe is his best position. But such is his versatility and willingness to play he has answered the call of different managers wherever he was placed.

Down the years, the Naomh Conaill man has played in defence, midfield and attack and has also got in for a number of important goals in the big games.

Saturday evening’s clash with Armagh was his 101st appearance in a Donegal senior jersey and he most definitely made his mark.

Michael Murphy scored 1-2 and was presented with the man of the match award afterwards. But it was a mighty close call between Murphy and Leo, who made numerous timely interceptions and got in a number of top class tackles and blocks.

“We ground out a result. It wasn’t an easy night for football,” said Leo afterwards.

“We made mistakes but these things happen; it was great to get the win. I was delighted to get back in and get to start and get stuck into the game.”

Donegal led by a point at half-time with Michael Murphy blasting to the Armagh net just before the break.

“The goal was a crucial score and a huge lift to everyone; you could hear the crowd when Michael came on, he gave the whole team a huge lift.

“And then he goes and bags a goal; who would you want in front of the goals but Michael in a situation like that.

“The goal gave us a huge lift and to be a point up having played into the strong wind and rain at half-time gave us something to build on in the second half.”

Michael Langan and Michael Murphy hit two points each and Cian O’Neill and Niall Grimley posted two for Armagh as Donegal led by four with a little under ten minutes remaining.

Donegal failed to registrar again while Armagh finished on the front foot and posted three late points, to cut the Donegal lead to one.

“We had chances to build on the four point lead. We had chances, and good few of them, but we didn’t convert them; that would have put five or six between the teams.

“That should have put us in a position where we could close the game out but we didn’t. We left it tight in the end and thankfully we held on.

“I suppose at the same time they never looked like scoring a goal and that was positive.”

It was Leo’s first start of the season having worked his way back to fitness in recent weeks.

“I pulled my calf muscle about a month before Christmas just when I was about to get back into training with the squad.

“That set me back and I didn’t get back training fully until after Christmas and I have been working on my fitness ever since.

“I eased back into the team over the last few weeks and it was good to start this evening and to get 70 to 75 minutes and then to get the win was brilliant and we are looking forward to the rest of the season.

“The day probably suited a few of us and with the wind and the weather it is a lot about controlling the ball and to make sure of every pass.

“We are on the road a good while now and call it what you want but it took the legs of the young lads to carry us through in the end.”

Leo hit the landmark 100th game the week before when he came on against Fermanagh in O’Donnell Park.

“The years just fly in. I remember when I was young McGuinness used to always say that.

“It is a short career and when you are young you don’t see it like that. You think you are going to last forever and here I am now 101 games played it really does fly in and the years go so quickly.

“I’ve had a lot of good times and a lot of bad times and I’m delighted to have played so many games for Donegal and as a young fella that is all I wanted to do play for Donegal.”

And as he showed with performance on Saturday night he still has a big role to play for Donegal. He is 29, he turns 30 this year.

“Hopefully, I still have something to offer. But it is a long season and you never know what might happen.

“The main thing at the minute is that I’m really enjoying it and playing with all the young lads and giving them all the advice I can and I’m learning things from them too.”