All the results, reports and next weekend's fixtures from the Donegal League 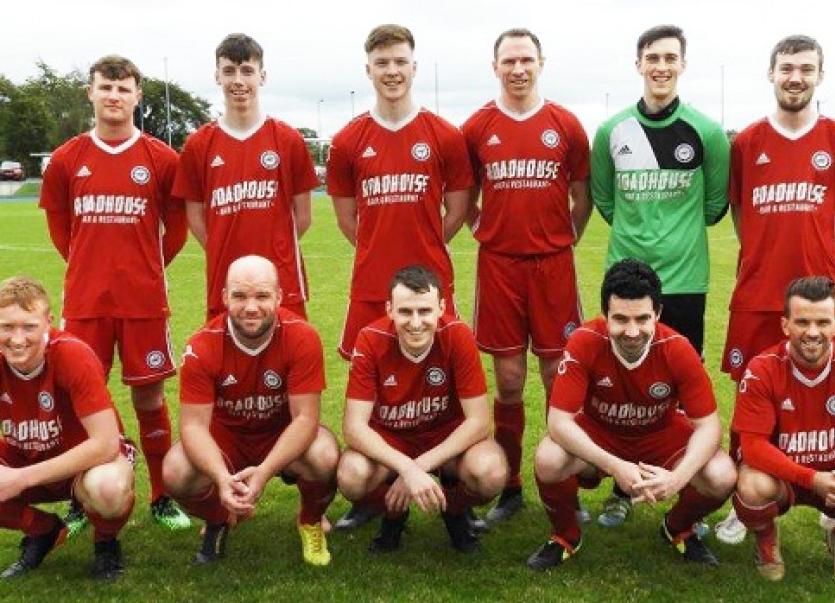 It was Area Shield Cup Final day in the Donegal League on Sunday with the four finals in each of the cup areas taking place.

Raphoe had already accounted for both Convoy Arsenal and Lifford Celtic and went to St. Johnston full of confidence in their ability to cause an upset. Despite playing at the higher grade Kildrum couldn’t see off the Raphoe men in normal time so extra time was needed.

It was long time club servant and team captain William Lynch who got the deciding goal. Fair play to Raphoe who fought a gallant campaign and well done to Kildrum who progress to the Cup semi-final.

The opening 15 minutes were quiet with very few chances and both teams seemed afraid to over commit.

In the 18th minute it was Kilmacrennan who opened the scoring with a corner to the head of Kevin O’ Donnell, who made no mistake from 4 yards.

Two minutes later it was the visitors who struck again, good play from O’ Donnell found James Doherty one on one with the keeper, but Joe Coll saved and Doherty finished off the rebound.

Things got worse for Glenea in the 25th minute, between Christopher Dillion shooting and a defensive clearance the ball ended up in the Glenea net.

Glenea pulled one back in the 52nd minute when Ryan Mc Fadden got on the end of a corner, turning in the 6 -yard box and shooting to the roof of the net.

With Kilmacrennan always looking dangerous at set-pieces and corner kicks they made it four in the 60th minute with Kieran Gorman rising highest from a corner.

Glenea kept battling and got their second when a Sean Coll free kick found Shaun Curran who calmly picked his corner with a 20-yard strike. With only minutes remaining Joe Coll pulled off a good save to deny Ryan Shields by tipping over his well struck shot.

Cappry Rovers took Ballybofey United’s Donegal Area Shield Crown but they had to come from behind and prevail in a tense penalty shoot-out at The Finn Valley Complex.

Mark Griffin had given Ballybofey a first half lead when he converted after Niall Mc Closkey’s free-kick had come back off the woodwork.

Cappry kept plugging away and got a goal back when Sean Mc Bride scored. Then, just when it seemed that Ballybofey would hold out, Jamie Murray got Cappry’s equaliser.

Neither side could find the net during extra-time so it went to penalties. Cappry won the spot-kick contest and claimed the Donegal Area Shield. They will now progress to the Brian Mc Cormick Cup semi-final in the Spring of 2020.

The visitors should have taken the lead on twenty-eight minutes when Kevin Loughran headed wide at the far post from an Arron Curran cross.

Aaron Wasson for Bonagee was a constant threat to the Strand defence and he shot wide on thirty-three minutes from just inside the box.

The visitors took the lead on thirty-six minutes when a cross from the left fell to Kevin Loughran and he shot home from fifteen yards.

The home side started the second half on top and a good save by the visiting keeper from six yards on fifty minutes from a Noel O’ Donnell header maintained the scoreline. He made another great save on fifty-six minutes from an Aidan Mc Laughlin header from an Eamon Cannon cross.

Carr in the home goal also made a great save three minutes later when a cross from the left fell to Shane Mc glade on the edge of the six yard box and he turned and shot for goal but Carr turned the ball over the bar.

The home side levelled the match on eighty five minutes when a cross into the box was headed down by Aidan Mc Laughlin and Darren Ashmore shot home from five yards.

The final goal of the game came on eighty eight minutes when a long ball over the defence fell to Ashmore and he broke clear, his strike was blocked by the keeper and the ball broke loose and he hammered the ball home from fifteen yards.