Fantastic weekend at All-Irelands for Donegal's U-14 camogie team 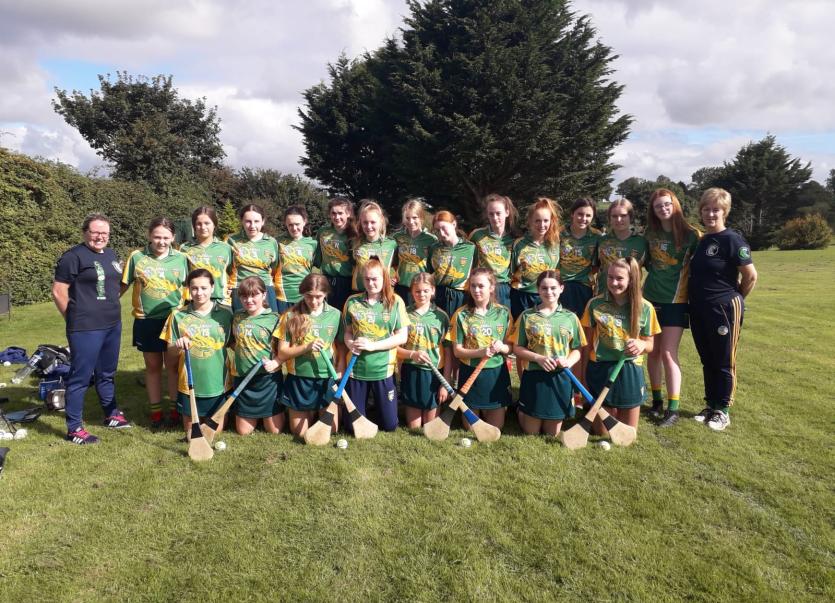 The Donegal U14 camogie squad finished out their season when they took part in the  All-Ireland Blitz in Dublin last weekend.

Playing in the Mairead Meehan Cup competition, Donegal faced strong opposition against Down 2, Cavan 2 and Westmeath 2.

The tournament was played at Innisfails GAA Club at Balbriggin. The first match was against a physically strong Down team but Donegal started strongly and keeping up a great level of determination won the match 1-3 - 0-0. The Donegal squad in Dublin

The second match against Westmeath 2. The Leinster side played a very skilful game with strong runners from midfield. Donegal battled but the scoreline ended in favour of Westmeath 2-4 - 0-1.

The final group game was against Cavan 2 and Donegal stepped up the pace winning 4-8 to 0-0.

During the interval after the group games, Donegal were awarded the Cothrom na Feinne award for the fairest and most sporting team in the groups of eight counties.

Donegal were paired in the semi final with Wicklow 2  and Donegal drove on with an excellent performance, winning 6-3 - 0-0.

It was straight into the final against Westmeath 2 again. In the warm sun and playing their third big game in quick succession, Donegal started strongly with an early goal and held Westmeath scoreless to give us a half time lead.

However, Westmeath came back and despite heroic efforts from the Donegal defence, Westmeath got a scrambled goal and two frees to lead. Donegal got two points to level but a quick attack saw Westmeath deliver the winning score.

Exhausted girls, cramped legs, lots of tears but the Donegal squad couldn't have given more on the day. There was excellent support all day from the sidelines with many families travelling to encourage the team. Saturday finished with a well deserved swim at Portmarnock. On Sunday the girls were in Croke Park where they watched three  excellent All Ireland finals. The Donegal squad joined the rest of the U-14 teams from around the country in parading around Croke Park during half-time in the Junior final.

After a busy year, the U14 girls would like to thank all the sponsors who supported them -