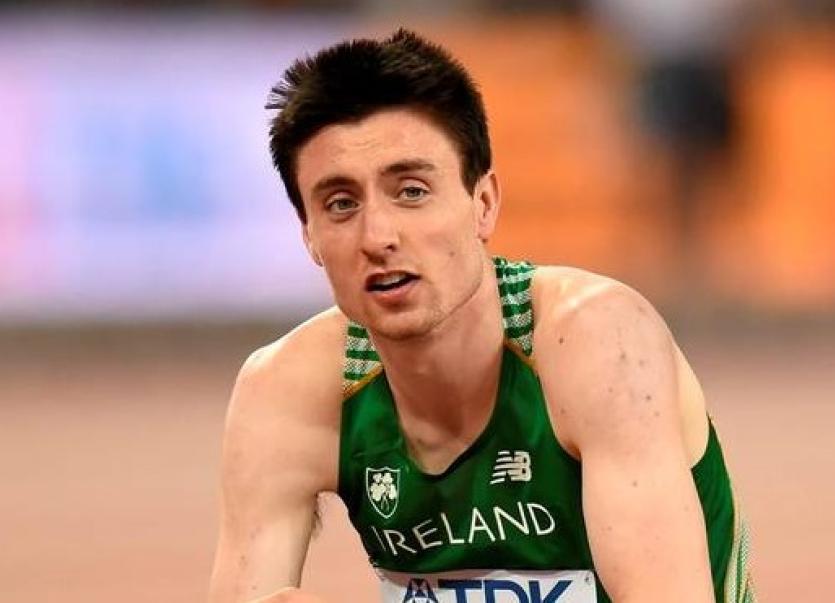 Mark English has missed out on the semi-finals

Ireland's Mark English finished seventh in the fourth heat of the 800 metres at the World Athletics Championships In Doha.

And this means that the Donegal athlete misses out on qualifying for the semi-finals.

Ferguson Rotich did well to stay out of trouble in a frantic fourth 800m heat, taking up a place in lane one after the pack caught up with the fast starting Mark English and holding his line to (just about) win in 1:45.98.

It was cut and thrust around him, with Bryce Hoppel – who had briefly led with the line beckoning – falling a stride back for second.

The battle for third was won by Abdessalem Ayouni, who held off late drives by Oussame Nabil (1:46.17) and Adam Kszczot (1:46.20), who come home in fourth and fifth respectively.