Popular player will be long remembered 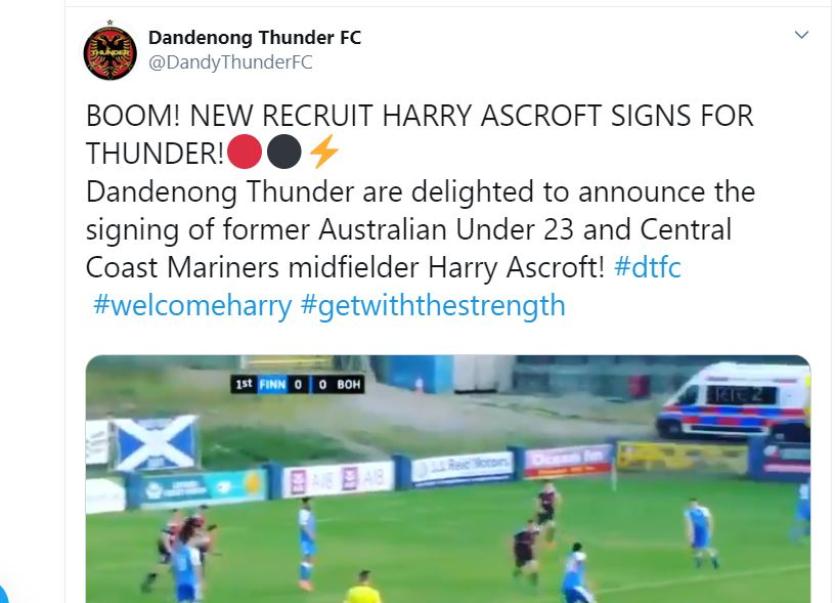 Harry Ascroft, who scored the second goal in Finn Harps' Promotion/Relegation Play-off second leg decider against Drogheda, has signed for an Australian club.

The popular player, who joined Harps last season, is set to play for Dandenong Thunder SC in Melbourne.

Ascroft, a defender or midfielder, was out of contract with Harps when the season ended.

They compete in the National Premier Leagues Victoria.

Ascroft, who was born in Sydney, played for a number of Australian teams before moving to Europe where he join Dutch club VVV-Venlo in the Eerste Divisie.

He later moved back to Australia to play for Central Coast Mariners in 2015.

He represented Australia at under-20 level.

He missed much of the first half of the season with Harps through injury, but was invaluable in the second half and scored a number of crucial goals.