Entries are open for mini-stages rally in Donegal next month 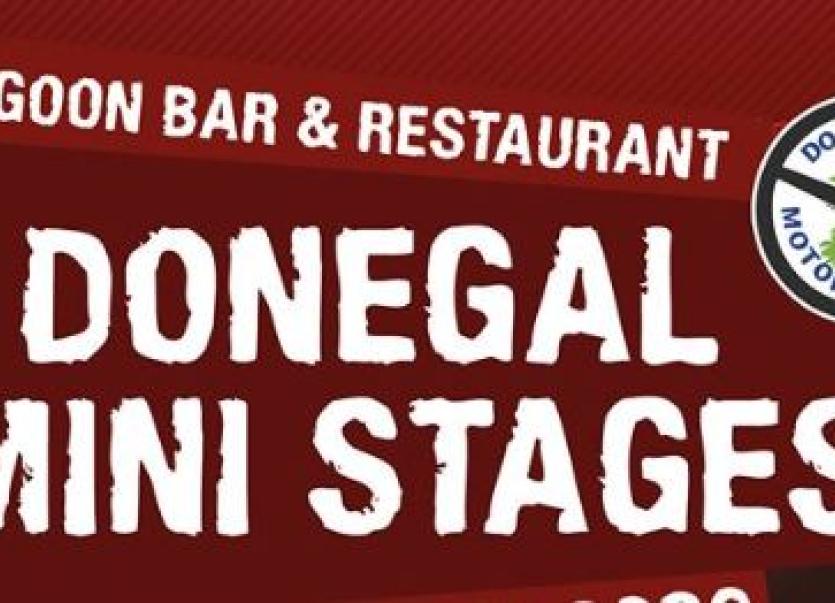 A bumper entry is expected for the rescheduled Donegal Mini-Stages Rally next month, with a flood of early entries already pouring in well in advance of the January 15th deadline.

The event was originally meant to take place last August but was postponed as a mark of respect to the late Manus Kelly, who was tragically killed in an accident in the 2019 Donegal International Rally.

The Lagoon Bar and Restaurant, Termon, is the main sponsor and host of the event that will now take place on Saturday, January 25.

With 90 km in road stages, it will kick-off the New Year for many local crews.

According to the Clerk of the Course, Johnny Baird, there is a “good mix of fast-flowing, tricky, technical stages.”

Around 110 entries are expected - with plenty of locals and novices.

There will be two stages, run off three times.

The first car will head off on stage one at 10.15 am on the stages around the Kilmacrennann/Termon area.

The first car will be due back at the finishing ramp at the Lagoon at 3.45 pm.

“I’d like to thank all in the Lagoon in Termon, Donegal Co Co, an Garda Siochána and emergency services for their hard work and help with the rally,” Baird said.

"As always, we need marshals and anyone willing to help to make the event a success and safe,” Baird said.

The event is the first round of the Donegal Commercials Club Championship.

The entry fee is €620, which includes the tracker charge and benevolent fund contribution.