But Kilmacrennan Celtic and Kildrum Tigers can still challenge 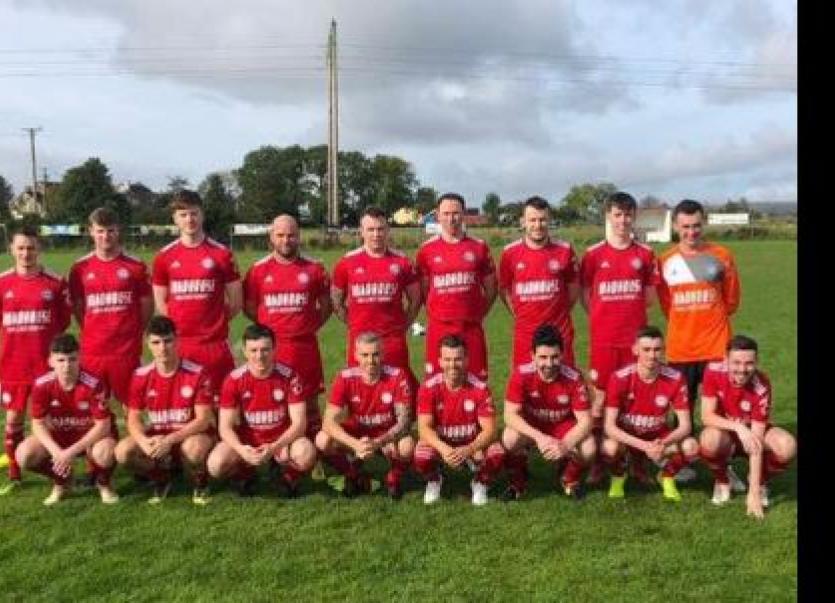 Catch us if you can - that’s the cry from high-flying Cappry Rovers who are now five points clear at the top of the Brian McCormick Sports Donegal League Premier Division.

Their latest success was a 2-1 away win over Cranford United.

Kilmacrennan Celtic remain second after a big away win over Keadue Rovers and are five points adrift, although they have a game in hand.

Kildrum Tigers are still in with a shout. They are 13 points behind but have four games in hand!

The game started with Kilmacrennan dominating possession and that’s the way it stayed throughout. Chris Dillon put Kilmacrennan one up with a sweet strike from outside the box in the 35 minute.

The Lurgysiders started the second-half strong with a Michael Mc Laughlin brace giving the home side a 3-0 lead. Keadue then got one back through Barry Curran on 58 minutes. Kilmacrennan regained their three goal advantage when Enda Mc Cormick slotted home a penalty.

Castlefinn collected all three points in a hard-fought game against Bonagee at Parkview on Sunday.

Bonagee started the brighter and took the lead in the 5th minute through Aiden Mc Laughlin when he chipped the keeper from 18 yards after a defensive mix-up.

Castlefin's only chance in the first half was from an Emmet White's effort that just went narrowly wide. Castlefin upped their game in the second half and equalised in the 52nd minute when a Kieran Friel cross was tapped home by Barry Tourish.

Castlefin created numerous chances through Tourish, Friel and Raymond Foy but failed to convert. The home side’s pressure paid off in the 65th minute when Foy broke the offside trap to cooly slot the ball past the keeper.

Castlefin sealed the points in the 80th minute when a Ronan Tourish shot from 20 yards flew into the corner of the net. Two solid Team Performances. Referee: Mick Lagan

Cranford started bright on a heavy pitch in Cranford Park with Lorcan Connor causing bother and hitting the bar with a headed effort.

Cappry took the lead with a good break down their left, and a cut back for Paddy Mc Nulty to head in from close range.

They doubled their lead shortly after, again a break from defence and Shaun Mc Bride finished it. Cranford did have a great chance to pull one back with only the post denying Andrew Kelly’s fine volley.

Cranford did get a deserved goal in the second half with Lorcan Connor turning well inside the box and finished well. Cranford pushed for the equaliser however found the Cappry defence hard to break down.