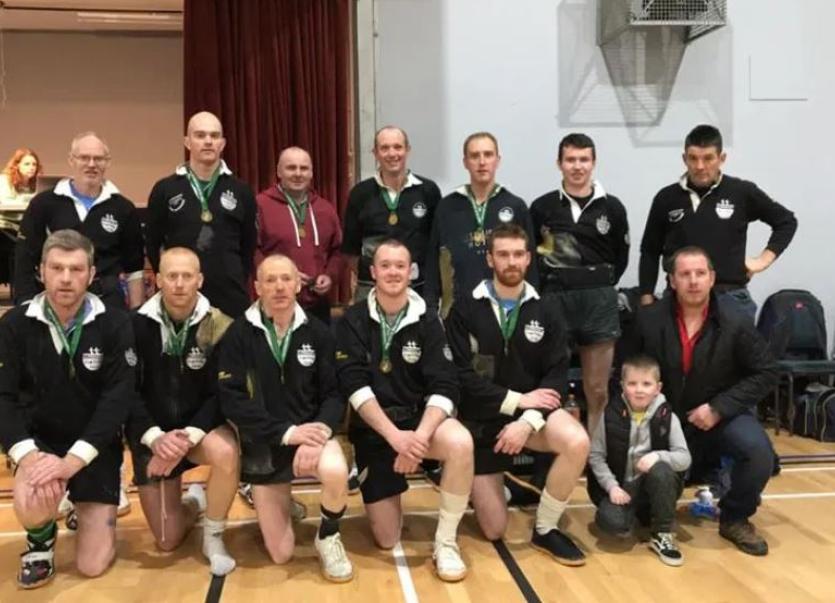 Another Tug of War national title will be in Donegal this evening.

Clonmany B won the National 560 kg honours as they held on to win from Mountain View A of Co. Louth who were second while Mountain View B were third.

The event was hosted by the Irish Tug of War Association and held in the Longford Sports & Leisure Centre.

Last week, Clonmany B won the Nesbitt Memorial Cup for the second year in a row.

In December, Clonmany B (pictured) hosted and won the National 600 kg event.

Meanwhile, the Tug of War International Federation's Clubs and World Indoor Tug of War Championships will be held in the Aura Leisure Centre in Letterkenny from February 20-23rd.

It promises to be quite a spectacle and will really open up the sport to many.