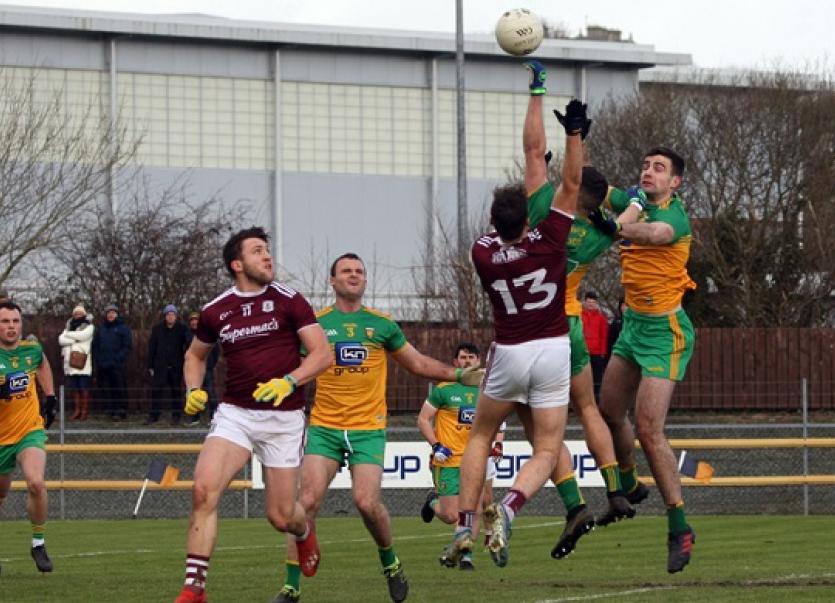 Donegal may be in a spot of bother in Division One of the Allianz National Football League following last Sunday’s second half collapse against Galway in O’Donnell Park. But former All-Ireland winning manager, Anthony Molloy, feels there is no need to panic.

Donegal were seven points up and cruising early in the second period against the Tribesmen before before losing a grip on the game and ending up losing by a point.

The result means Donegal are on three points out of a possible six in the Division One League table. This follows their opening night draw with Mayo in Ballybofey and their second round win over Meath.

Donegal are sitting in fourth place. Dublin, Tyrone and Galway lead the way on four points, while Donegal are joined on three points by Monaghan, Kerry and Mayo.

Just one point separates the top seven with Meath pointless at the foot of the table after three rounds of games.

Dublin in Croke  Park are next up followed by Monaghan and Tyrone at home and Kerry in Tralee in the last game.

Given their position in the league standings  and given Donegal’s run in, fears are growing that they could easily find themselves embroiled in a struggle for survival in the top flight,

But that is not a view shared by 1992 All-Ireland winning captain Anthony Molloy,

“We are in a spot of bother alright. But I don’t think there is any need to panic and it is matter of getting back on track again.

“Okay, we let a seven point lead slip on Sunday against Galway and we also allowed Mayo back to snatch a late  draw the first night.

“We have to learn from those two games (Mayo and Galway) and if we do there is no reason why we cannot go to Croke Park the weekend after next and beat  Dublin.

“Monaghan showed us how it is done. The only thing Monaghan got wrong was to give away a couple of late points.

“We have to remember this is the league and winter football and Division One is a very competitive division and all teams are capable of beating each other.

“I feel with lads coming back from injury and Patrick McBrearty back from America the team will be getting stronger and we will pick up enough points to survive and maybe even qualify for the final.”

Molloy dismissed any chat of O’Donnell Park being the cause for last Sunday’s defeat. Donegal have only won twice in the Letterkenny venue in 14 games dating back to 2007.

“We might have been unlucky in O’Donnell Park in the past but that was not the case on Sunday.

“The bottom line is we let Galway in for two soft goals in the second half and let a seven point lead slip away and that had nothing got to do with the pitch or O’Donnell Park.”