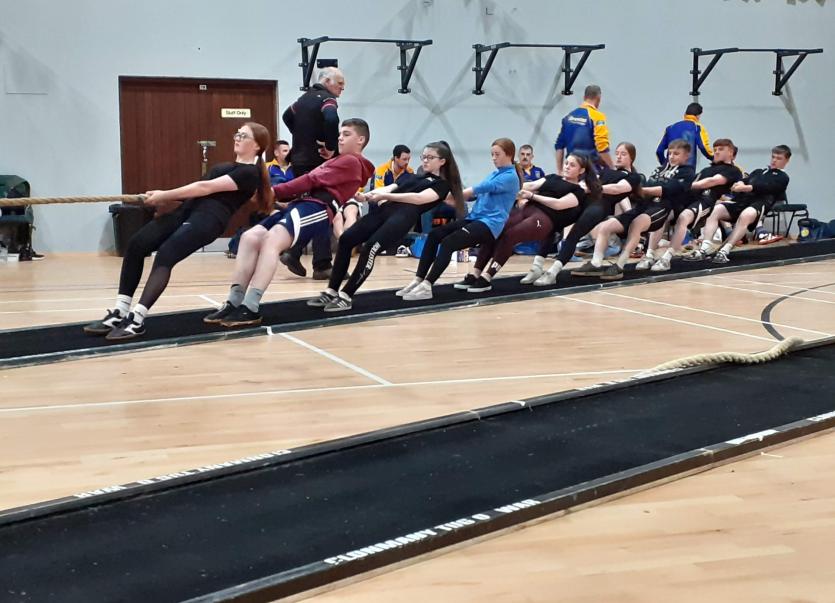 The Clonmany mixed youth team that will compete in the world championships in Letterkenny next week.

Excitement is mounting in Donegal as the World Tug of War Championships draw closer.

Set to take place at the Aura Leisure centre in Letterkenny for four days from next Thursday (February 20), there will be plenty of pullers from the county in action.

Organiser Danny McGonigle and the committee have been busy with preparations as they host the cream of world tug-of-war talent.

He said: "We are hoping that everything will go well and that big crowds will turn out to support the event.
"We have an amazing team of people working very hard, from the set-up of the hall and all the facilities required to preparing and erecting signs.

"To host the worlds in Donegal has been a lifelong dream of mine and we are very excited as it draws nearer”.

Up to 1000 athletes are due to attend with teams from Russia, Ukraine and from all over Europe registered for the championship.

The Irish pullers are also busy with final preparations; they have the tricky task of getting to as light a weight as possible while maintaining physical strength.

The weigh-in for the competition will take place on the Wednesday, allowing the competitors time to recover before they take to the mat over the weekend.

There will also be women, youth and mixed competitions and Clonmany will field an underage team who were coached by Danny himself.

The open club competitions will take place on the Thursday and Friday while the international championship will be on Saturday and Sunday. The action will begin at 9.30am each morning and will continue until around 6pm.

Further information is available on  www.irishtugofwar.com.