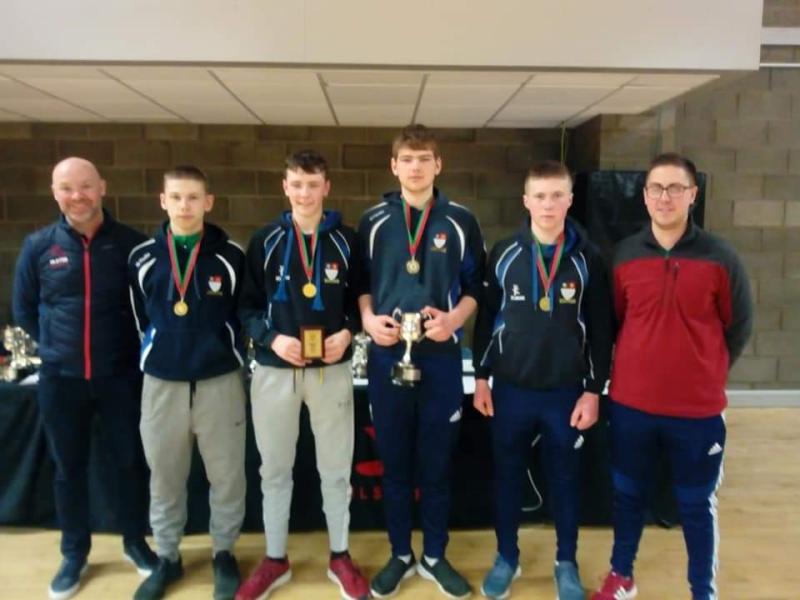 Raphoe will compete in the national finals

The Royal and Prior Comprehensive School, Raphoe once again lifted more cups than any other Ulster School, taking five titles at the recent Ulster Schools Badminton Finals in Lisburn.

Four teams contested the Division One section with three teams progressing to the All-Ireland’s Finals and two teams winning The Ulster Cup in style.

PE Teacher Kathy-Ann Gibson at the Royal and Prior said: “Each year we are overwhelmed at the wealth of badminton talent within our school. We thank the families and local clubs who work tirelessly to support badminton progress. Winning 5 titles at provincial level is fantastic and we are very proud of our pupil’s success.”

The Minor Girls (U-14) Rea Glenn, Olivia Maxwell, Emma McConnell and Sarah Craig took the Runner Up prize in the Division One league.

The three winning teams will now represent Ulster at the All-Ireland Finals in Gormanston, Co.Meath on March 25, where the aim will be to gain All-Ireland success yet again and as Sam Pearson Badminton Coach said: “We have every confidence in our students and look forward to performing in the National Finals.”